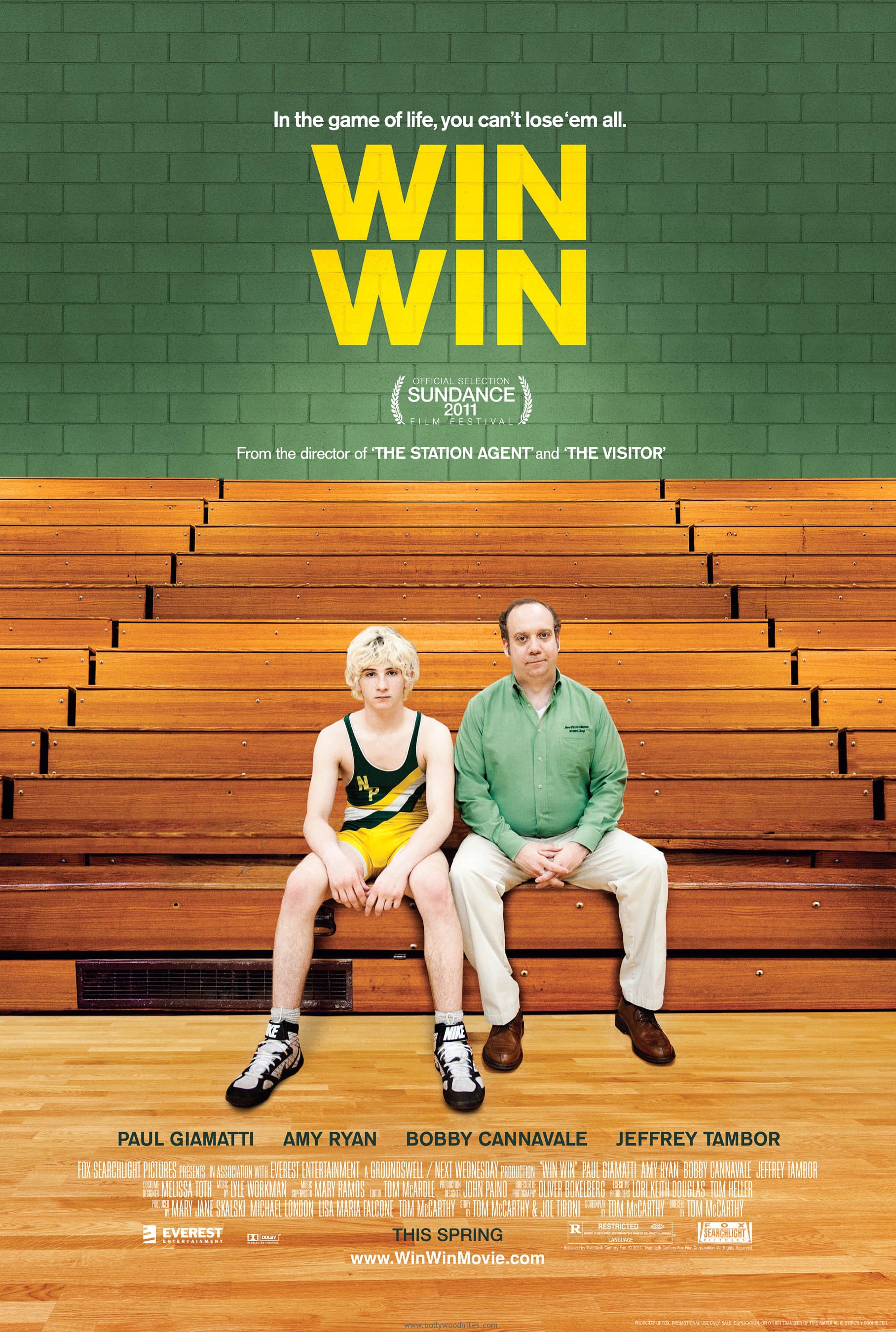 The Reel Place and Fox Searchlight are proud to invite you to a special advance screening of Win Win taking place on Tuesday, March 29 at 7PM in Salt Lake City. Click here to head over to Gofobo, a site which allows you to print off advance screening passes. You must first register with Gofobo, which comes with perks (like passes to other future advance screenings).

Having a pass will not ensure admittance to the screening. You must exchange your pass at the box office for an actual assigned seating ticket. Because the screening will sell out, we recommend getting there by 4PM.

Good luck and we look forward to seeing you there!

Tom McCarthy, acclaimed writer/director of THE VISITOR and THE STATION AGENT, once again explores the depths and nuances of human relationships in his new film about the allegiances and bonds between unlikely characters. Disheartened attorney Mike Flaherty (Paul Giamatti), who volunteers as a high school wrestling coach, stumbles across a star athlete through some questionable business dealings while trying to support his family. Just as it looks like he will get a double payday, the boy’s mother shows up fresh from rehab and flat broke, threatening to derail everything. McCarthy’s deft touch with balancing drama and comedy, broken hearts and poignant humanity is at play in WIN WIN.

NOTE: While supplies last. Screening is first come, first serve and seating is not guaranteed. This film is rated R. Must be 17 or older. No cell phones or other electronic devices will be allowed into the theater.