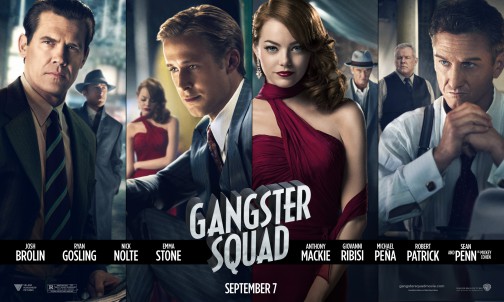 The Reel Place is excited to offer passes to a special advance screening of GANGSTER SQUAD being held on Monday, January 7 at 7pm in Salt Lake City.

To get your passes, click here. You will need to be registered with ticketing site Gofobo. Registration is free and comes with the added bonus of receiving email invites to other future advance screenings.

To ensure that the theater fills, more passes are given out than the theater can accommodate, so be sure arrive extra early to exchange your passes for assigned seating tickets. Please do not bring cell phones.

Thanks for getting your passes from and entering to win with The Reel Place and we’ll see you at the movies! 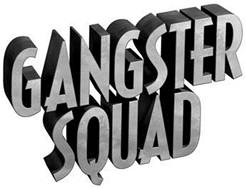 Los Angeles, 1949. Ruthless, Brooklyn-born mob king Mickey Cohen (Sean Penn) runs the show in this town, reaping the ill-gotten gains from the drugs, the guns, the prostitutes and — if he has his way — every wire bet placed west of Chicago. And he does it all with the protection of not only his own paid goons, but also the police and the politicians who are under his control. It’s enough to intimidate even the bravest, street-hardened cop … except, perhaps, for the small, secret crew of LAPD outsiders led by Sgt. John O’Mara (Josh Brolin) and Jerry Wooters (Ryan Gosling), who come together to try to tear Cohen’s world apart.

Under the direction of Ruben Fleischer (Zombieland), Gangster Squad is a colorful retelling of events surrounding the LAPD’s efforts to take back their nascent city from one of the most dangerous mafia bosses of all time. The film stars Oscar nominees Josh Brolin (Milk, True Grit) and Ryan Gosling (Half Nelson, Drive) as the LAPD’s Sgt. John O’Mara and Jerry Wooters, and Academy Award winner Sean Penn (Milk, Mystic River) as real-life mobster Mickey Cohen. The film also stars Oscar nominee Nick Nolte (Warrior, Affliction) as LAPD Chief “Whiskey Bill” Parker, and Emma Stone as Grace Faraday, Cohen’s moll and the object of Wooters’ attention.

The movie also stars Anthony Mackie (The Adjustment Bureau) as Coleman Harris, a switchblade-wielding cop who proudly patrols one of the most crime-ridden areas of the city; Giovanni Ribisi (Avatar) as the force’s Conwell Keeler, an electronics expert who takes as much pleasure in fixing his son’s bike as he does tinkering with experimental, military-grade equipment; Michael Peña (Battle Los Angeles) as Officer Kennard’s over-eager sidekick, Navidad Ramirez; Robert Patrick (Flags of Our Fathers) as Officer Max Kennard, a deadly cop who patrols the Olvera Street beat; and Mireille Enos as O’Mara’s wife, Connie.

The screenplay is by Will Beall (TV’s Castle), based on the book Gangster Squad by Paul Lieberman. The film is being produced by Dan Lin (Sherlock Holmes), Kevin McCormick (The Lucky One) and Michael Tadross (Arthur). The executive producers are Ruben Fleischer, Paul Lieberman and Bruce Berman.

Gangster Squad has been rated R by the MPAA for strong violence and language.