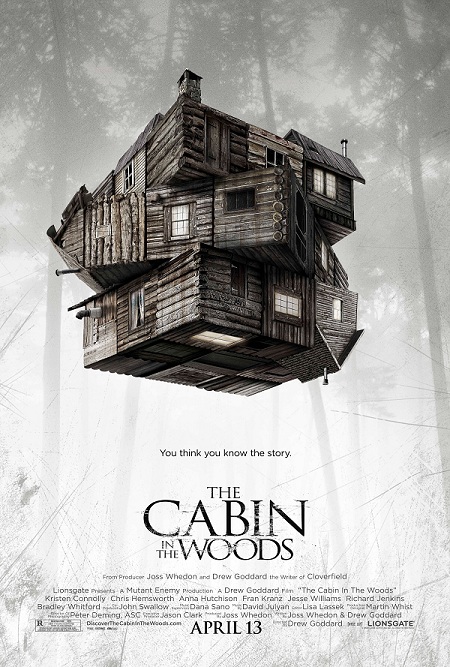 You and a guest are invited to a special advance screening of THE CABIN IN THE WOODS on Monday, April 9th at 9pm. Visit www.gofobo.com/rsvp and enter RSVP code: REEL1MYB to download your complimentary passes! (Each pass admits one, limit two passes per person while supplies last. Passes do not guarantee admission as theater is overbooked. Seating is on a first come, first seated basis. ARRIVE EARLY for ticket exchange!)

THE CABIN IN THE WOODS opens nationwide on Friday, April 13, 2012 and is rated R for strong bloody horror violence and gore, language, drug use and some sexuality/nudity.

If you think you know this story, think again. From fan favorites Joss Whedon and Drew Goddard comes THE CABIN IN THE WOODS, a mind blowing horror film that turns the genre inside out.

Produced by Whedon and directed by Goddard from a script by both, the film stars Kristen Connolly, Chris Hemsworth, Anna Hutchison, Fran Kranz, Jesse Williams, Richard Jenkins and Bradley Whitford.