Stands as not just the year’s best superhero movie, but one of the best all around. Made for Marvel fans or anyone looking for something to just marvel at.

Rated PG-13 for sci-fi violence and action throughout, and an intense crash sequence 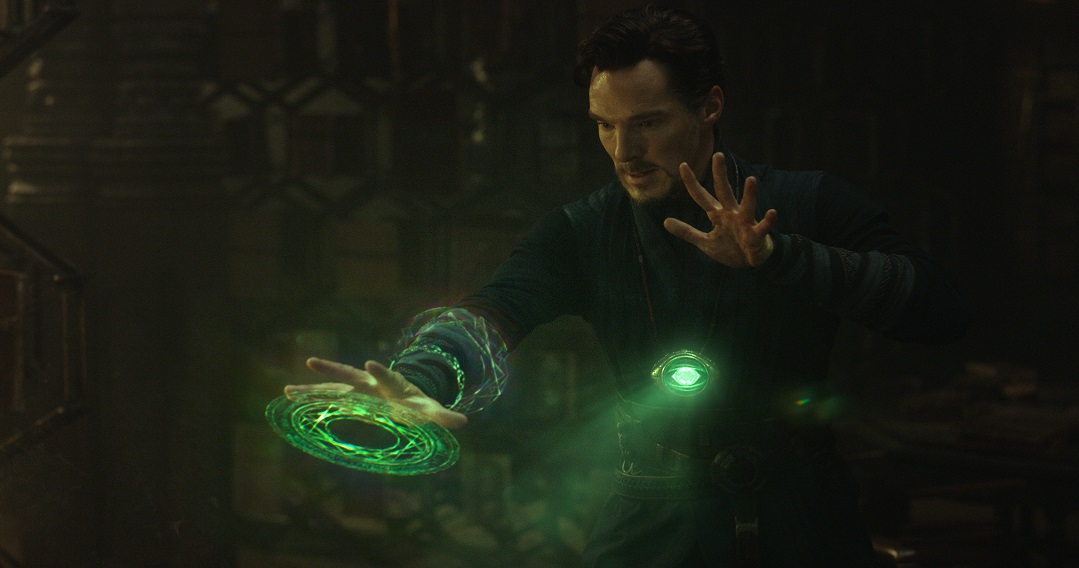 With Doctor Strange finally upon us, it’s safe to say who the clear superhero studio was this year: Marvel. When it comes to the triple threat of Deadpool, Captain America: Civil War, and Doctor Strange, DC didn’t stand a chance with their lackluster Batman v Superman and Suicide Squad. Maybe next year DC will have a fighting chance, but there’s no reason to hold your breathe. As for 2016, Marvel is sending their year out with a bang. As strange as it may sound, Doctor Strange stands as not just the year’s best superhero movie, but one of the best all around. Featuring a stellar cast, visuals you’ll be wrapping your head around for days, and one of the most emotionally-centered comicbook movies to date, Doctor Strange is here to show that Phase Three of Marvel’s Cinematic Universe will be a force to be reckoned with.

Dr. Stephen Strange (Benedict Cumberbatch) is a brilliant surgeon, but not so cocky as to not challenge residents to a guessing game of classic music. With Christine Palmer (Rachel McAdams) by his side, Strange is obsessed with his career, until the day he winds up in a car wreck, leaving his precious hands mangled almost beyond repair. As he pushes himself to find a solution, he travels to Kathmandu, Nepal, where the Ancient One (Tilda Swinton) must find time to train Strange in the art of sorcery, while figuring out how to stop her former student Kaecilius (Mads Mikkelsen) from unleashing Dormammu from the Dark Dimension where time is nonexistent and anyone can live forever. Now, with the help of fellow mage Mordo (Chiwetel Ejiofor), master Wong (Benedict Wong), and Strange’s trusty Cloak of Levitation, they will do everything in their power to put a stop to Kaecilius’s nefarious scheme.

There’s only so many accolades one can laud at a film that’s instantly likable. Doctor Strange is a sight to behold and absolutely demands to be seen in IMAX 3D. It was even reformatted for some scenes — but there are a lot of them. Probably the best way to describe the film is to imagine that The Matrix and Inception decided to have a baby together and named the miracle Doctor Strange. This is far from the 1978 made-for-TV movie. There may be a lot of hocus pocus going on, but at least it’s of the believable kind. It also manages to tie into Ant-Man rather spectacularly in one of its most jaw-dropping sequences.

Cumberbatch portrays Strange as a man with a huge ego every bit as well as Robert Downey, Jr plays Tony Stark. He also has exceptional chemistry with McAdams giving the film the emotional core it needs to raise the stakes even higher. The long and short is that Doctor Strange is one of Marvel’s best and continues to stretch their winning streak. Do not miss it and make sure you see it on the biggest screen you can find, cough-IMAX-cough. Also be sure to stick around through the end credits for two stingers setting up one of next year’s releases and it’s own sequel.