Marvel is still king of the cinematic comicbook universes. Made for mostly Batman fans and only the most forgiving Superman fans.

Rated PG-13 for intense sequences of violence and action throughout, and some sensuality. 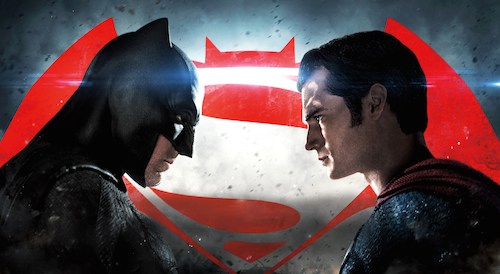 I hate to be another bearer of bad news, but in case you haven’t heard, the rumors are true: Batman v Superman: Dawn of Justice doesn’t live up to the hype. After years of anticipation, there’s honestly no way BvS could have lived up to everyone’s expectations, but even director Zack Snyder is above what he’s delivered. Considering this is DC Comics’ bridge to kick off a series of standalone/mashup features — specifically Justice League — BvS pales in comparison to Marvel Studios’ Iron Man 2 which also served as setup for Marvel’s Cinematic Universe.

Filled to the bursting point, it makes me scared the film could have run another 30 minutes. Snyder has already confirmed the home video R-rated release will be the full cut. Hopefully what got cut is better than what wound up on screen. It’s not a complete bust, but even Superman’s biggest fans will leave feeling unfulfilled. Fanboys will no doubt be slinging mud from both camps of love it or hate it, while the rest of us — myself included — are stuck in the middle with an exhalation of meh once the credits roll.

While it actually never winds up being quite as bloated as I feared, screenwriters Chris Terrio (Ben Affleck friend and Oscar-winning writer of Argo) and David S. Goyer (co-writer of everything from Man of Steel to executive producer Christopher Nolan’s Batman Begins) have pulled double duty writing two very different movies spliced into one. I wouldn’t be surprised if one writer was on Batman (Affleck) duty while the other was on Superman (Henry Cavill) patrol. And the winner is whomever contributed the most to bringing a familiar, yet ultimately different take, on Gotham’s caped crusader. My bet’s on Terrio since he’s co-writing Affleck’s solo outing with Affleck directing. That is the film I am now anxiously awaiting. Affleck delivers a fantastic Bruce Wayne/Batman and any time spent with the Dark Knight is time well spent.

Then Superman swoops in, dour as ever. You’d think it would be the other way around considering Batman is so much more menacing, but there’s very little warmth, or even fun, to be had in Metropolis this time around. It’s incredibly serious — with the exception of Laurence Fishburne’s return as The Daily Planet’s Perry White. Clark Kent never stops scowling, probably because everyone is questioning Superman after the destruction he caused in the last movie. Admittedly, he was just trying to save everyone from General Zod, but he still needs to stand up for Metropolis’ high death toll.

BvS also saddles both heroes with one of the worst villains in a long time. Jesse Eisenberg may have been a decent choice to portray Lex Luthor. Here, he just hams it up as the evil twin of Mark Zuckerberg. He’s never scary enough, nor even funny enough. Thankfully, we can still go back and watch the brilliant Gene Hackman — or even Kevin Spacey — give the scheming Lex his due. Not to mention that his nefarious plan makes absolutely zero sense and they don’t even bother to give him at least one line of dialogue to clear it up. There is no reason for Luthor to sic Superman on Batman whatsoever. Had Luthor maybe known for a second that Bruce wants to destroy the earth-wrecking alien, at least some motive could have come to light. But no, the most ludicrous reasoning ever is hatched and an even more ridiculous common bond winds up uniting them against Doomsday.

As it stands, the only real winner here will be DC, Warner Bros, and Affleck. Not even Gal Gadot as Wonder Woman — who almost steals the show were it not for her being so short shifted — manages to save the day. The only one escaping unscarred is Affleck who manages to make us root for Batman against Superman. It just goes to show which character really is best suited for the big screen. Jeremy Irons also manages to make the most of his screentime as Alfred, who is never seen as the loyal butler, but as co-conspirator/techie/mechanic.

In the end, Batman v Superman: Dawn of Justice is two films fighting an inner struggle to satisfy two vastly different fan bases. The rest of us will simply shrug it off as we wait for Deadpool to hit Blu-ray, and we foam at the mouth in anticipation of wait for May to finally unleash the Marvel one-two punch of Captain America: Civil War and X-Men: Apocalypse. The final word here, is that Marvel is still king of the cinematic comicbook universes.