Every critics like to toot their own horn and put out a list of annual favorites. In no specific order, I give you my Top 10 of 2010: 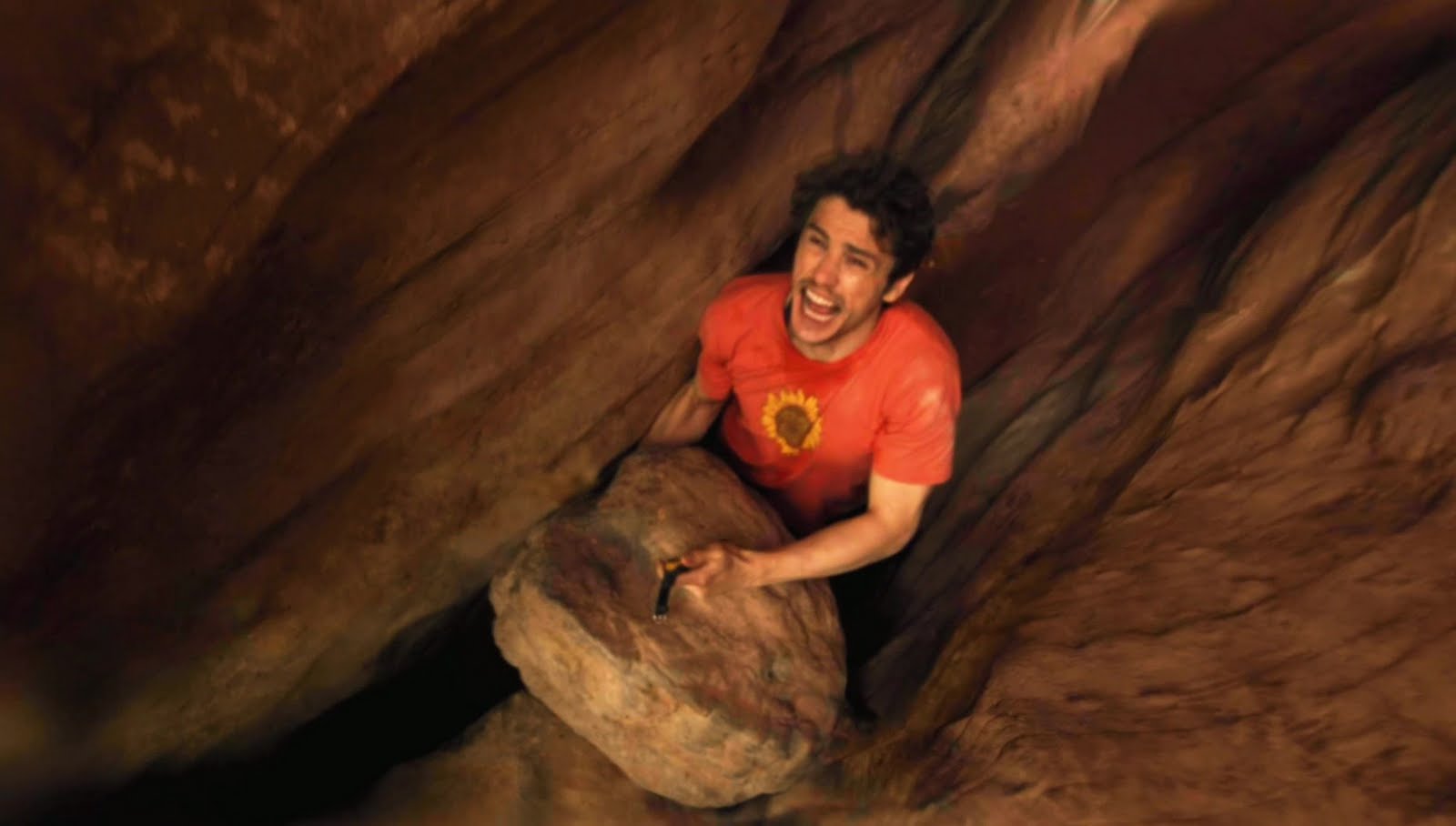 Danny Boyle is one of my all-time favorite directors. The guy can not only direct any genre, but he can direct any genre perfectly. From “infected” zombies in 28 Days Later and heroine addicts in Trainspotting, to third world children in Slumdog Millionaire and psychological space thriller Sunshine – the guy can do anything.

Had any other director tried tackling 127 Hours – the true story of a rock climber who gets his arm pinned between a boulder and a slot canyon wall, eventually having to amputate his own limb – it would have been a boring failure. Credit must be given to Boyle and one-man-band James Franco (Spider-man) for not only making it work, but making it into a 95-minute masterpiece. 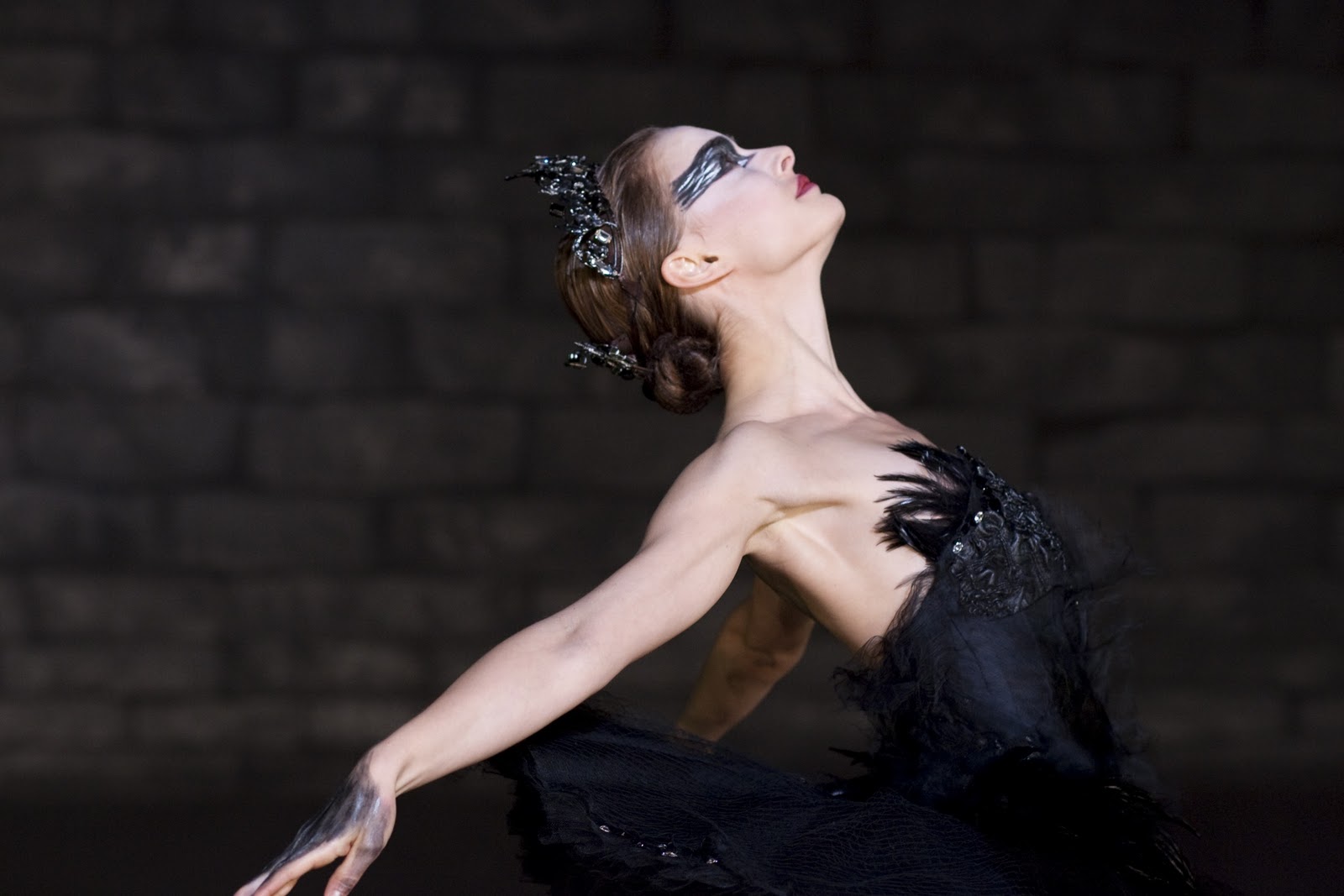 All of the Black Swan buzz is circling a short lesbian sex scene between Natalie Portman (V for Vendetta) and Mila Kunis (Forgetting Sarah Marshall). For anyone who loves “real” film, that is the last thing you think about when Black Swan comes to mind – well, almost the last thing.

The directing style of Darren Aronofsky (Requiem for a Dream) is perfect for this script. The first two thirds of Black Swan are (fairly) normal, but as the story becomes more twisted and psychological in last act, Aronofsky’s brilliant form kicks in – catching you completely off guard and taking the film to a whole new level.

Hats off to Natalie Portman for the same thing that her character does – pulling off something that we didn’t think she could do. 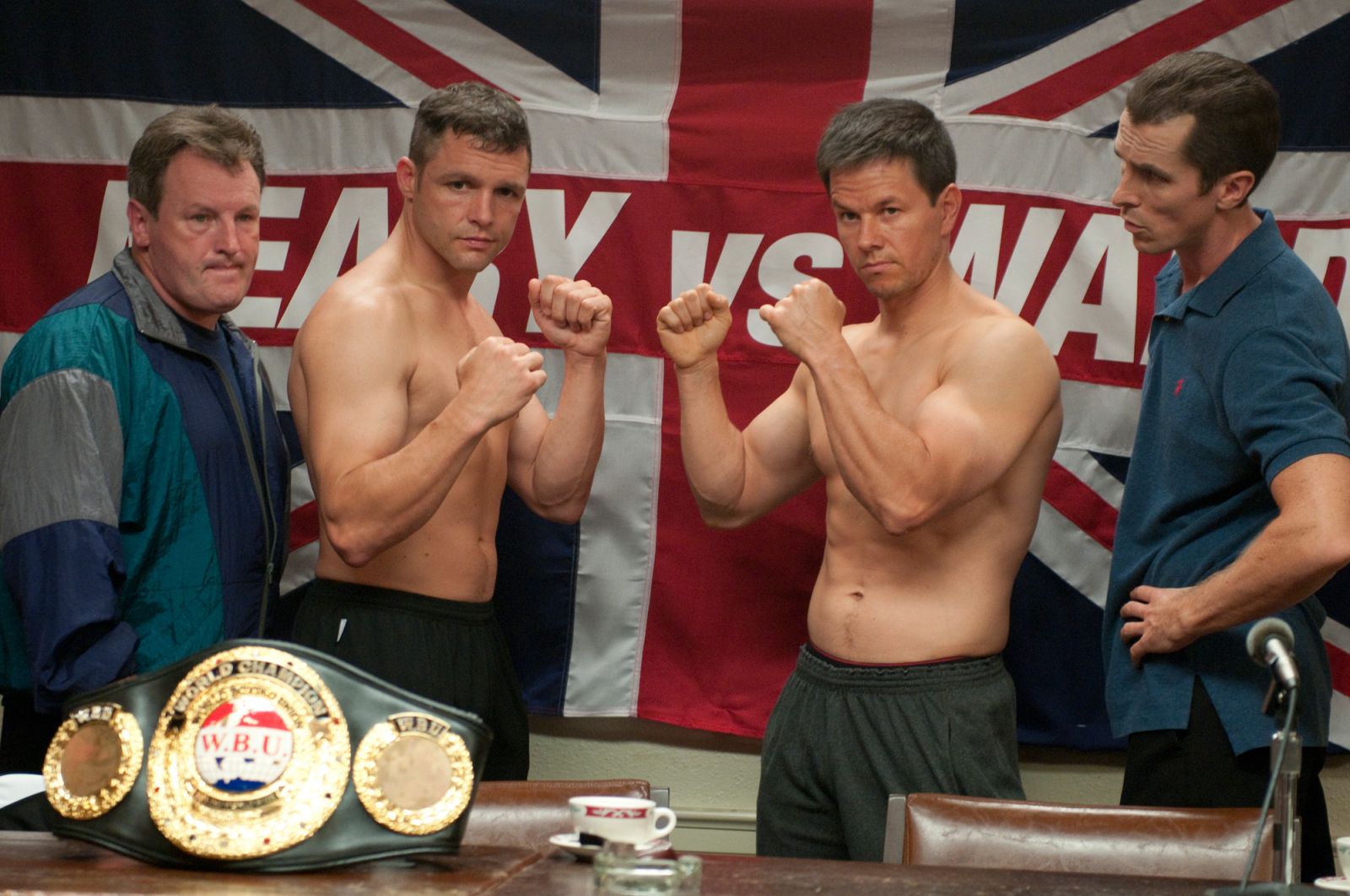 Director David O. Russell (Three Kings), Mark Wahlberg (The Departed), Christian Bale (The Dark Knight), Amy Adams (Enchanted) and Melissa Leo (Conviction) pulled off what I call a “perfect package” film. Every single performance is brilliant and award-worthy. The script is tight, containing both entertainment and emotion. And Russell’s style works as the super-glue perfectly holding it all together.

There have been many boxing movies – most of them forgettable. Based on a true underdog story, The Fighter is one that you will never forget. 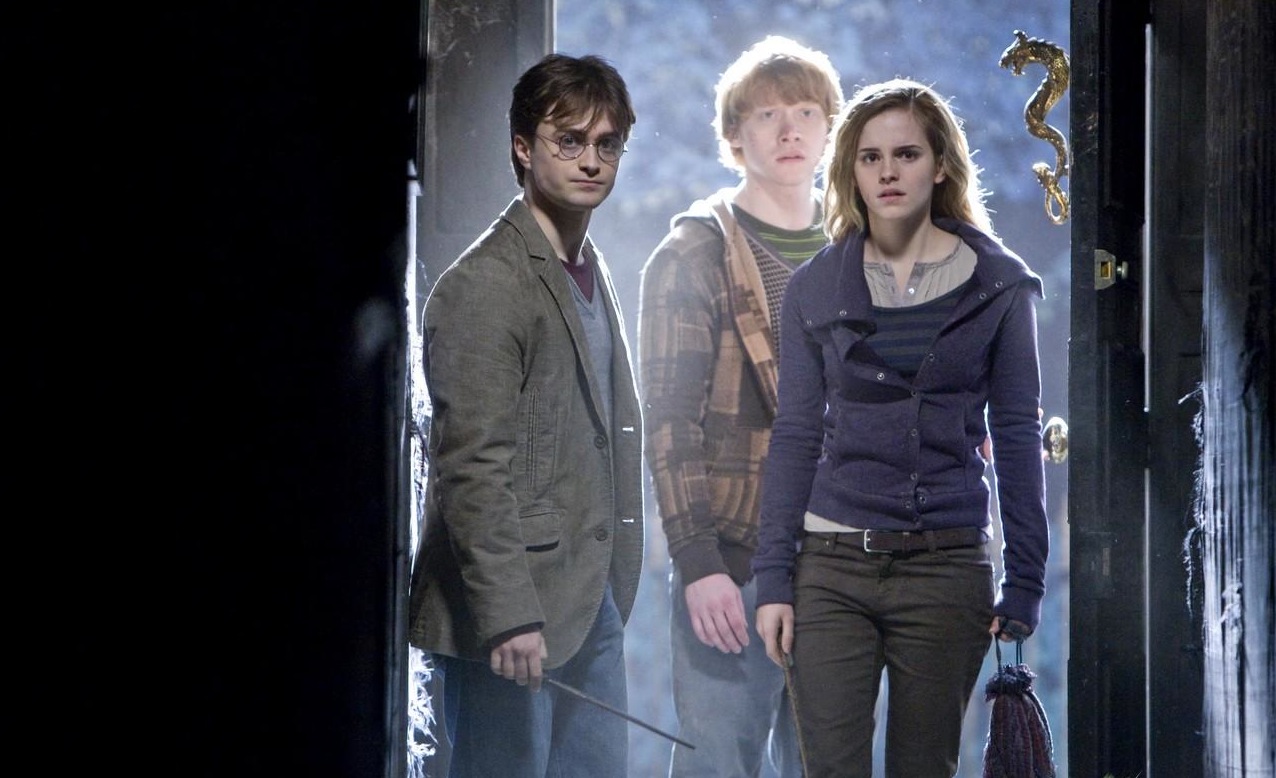 The first two Potter flicks were Chris Columbus (Home Alone) family fluff. Alfonso Cuaron (Children of Men) upped the ante with the third. From the director of Mona Lisa Smile, as you would expect, nothing good came from four. And when David Yates joined the series with five, it became evident that he was the guy who should have been at the helm all along. Yates brought with him the intensity and maturity that the films needed in order to follow the tone of the latter books.

Because of Yates, six was better than five and now seven, Harry Potter and the Deathly Hallows: Part 1, is better than six. We can only imagine where Part two, the eighth film, will land if it continues the Yates trend. 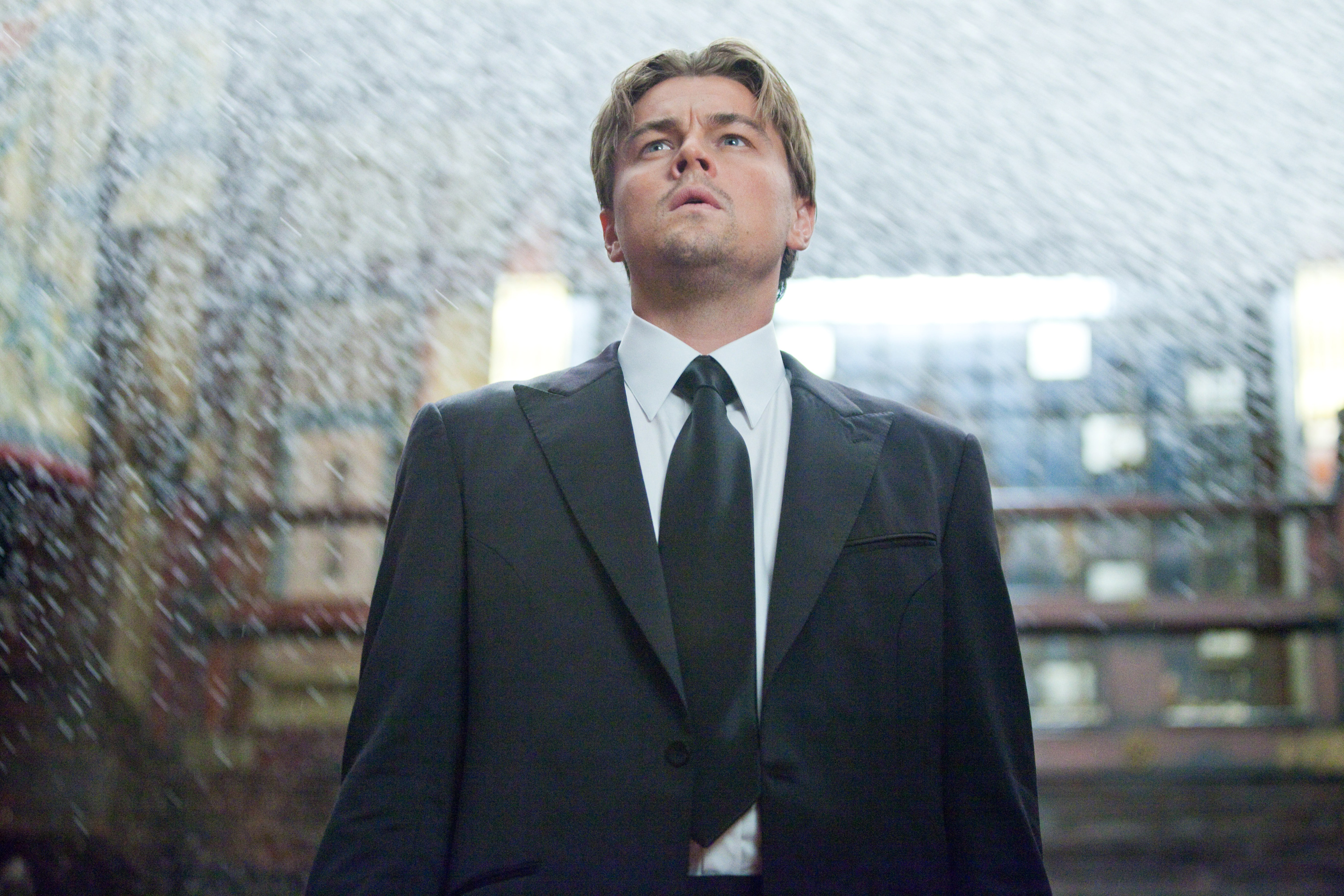 I say the same thing about Inception that I said about Nolan’s last film, The Dark Knight: “How many other movies do you go into with as high of expectations as you do Nolans, always having your expectations met and surpassed?”

Inception fires on all cylinders. It’s got action and intensity, humor and heart. It’s deep and thought-provoking – leaving everyone asking and discussing the same thing: “Did the top fall?”

Out of all of the films released this year, which is the one you are more than likely to repeatedly revisit over and over again for the rest of your life? Inception. 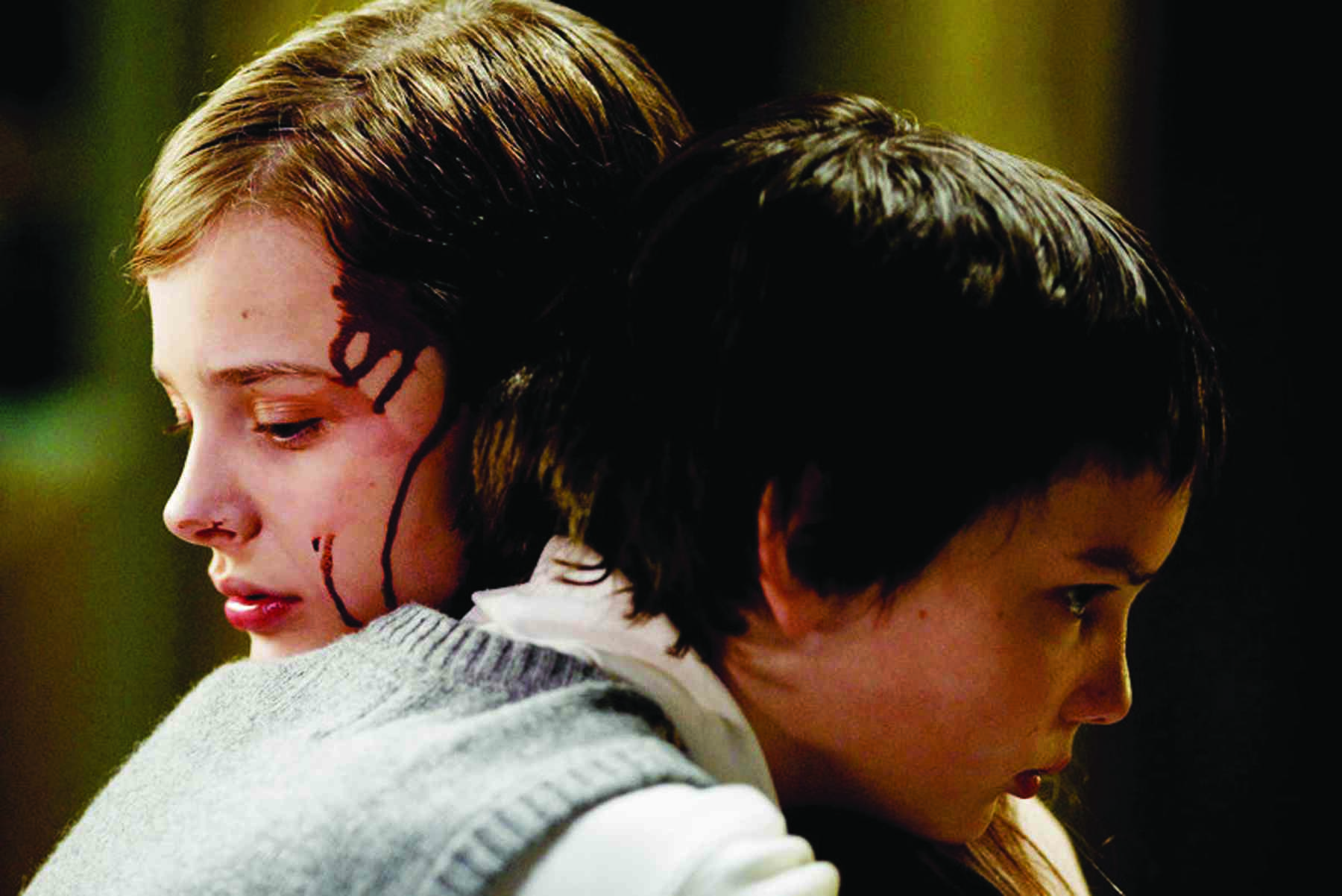 Purists, call me a blasphemer – Let Me In is far superior to the original Swedish version Let the Right One In.

Few kid actors can give the repeatedly outstanding performances that Kodi Smit-McPhee (The Road) and Chloe Moritz (Kick-Ass) do. When I think of teenage vampire flicks, I don’t think of that Twilight garbage – I think of Let Me In. Let Me In has popped just in time to show all those “twi-hards” just what a real kid vampire love story would be like. 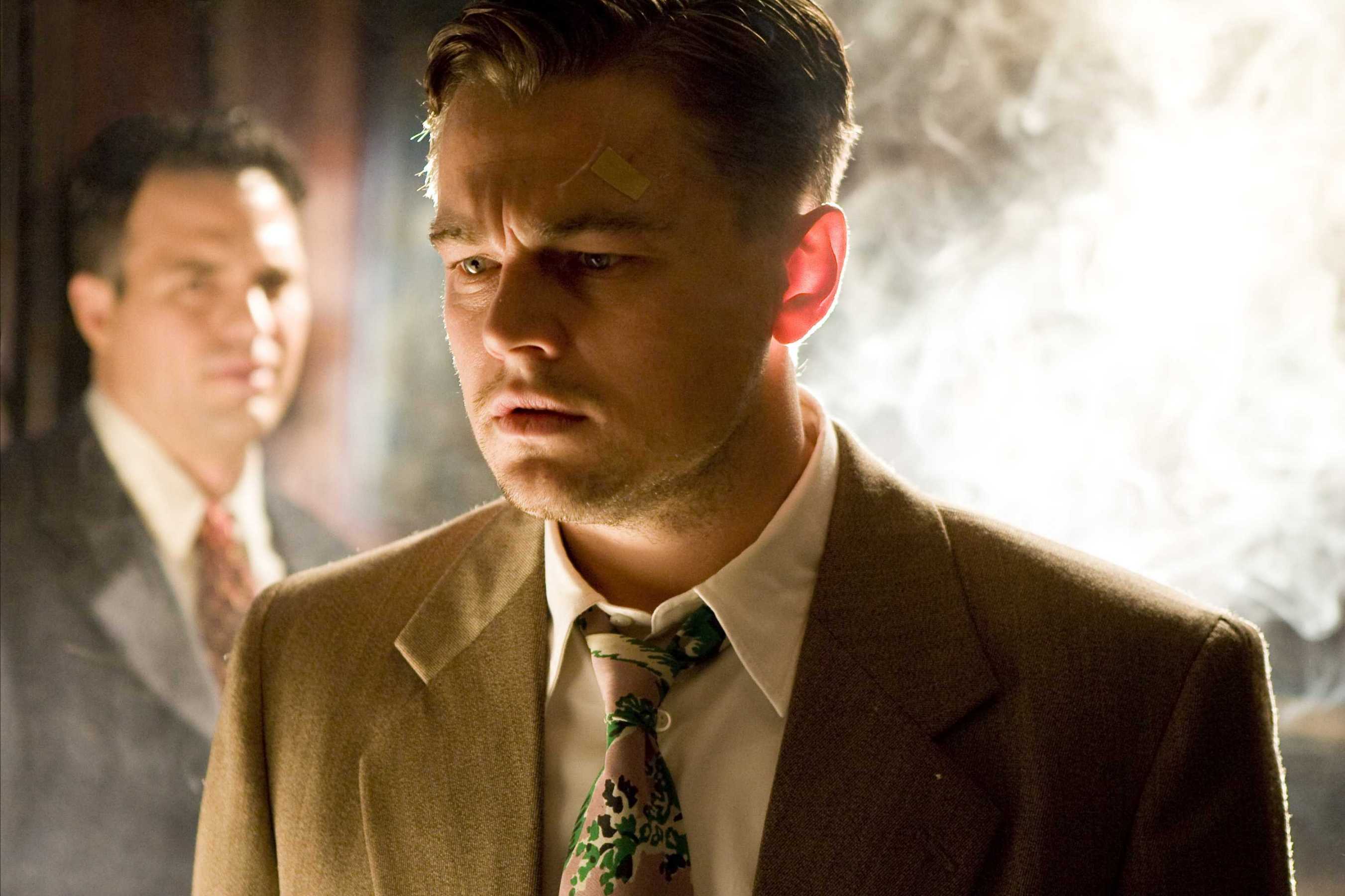 Released in the beginning of the year, Shutter Island will most like slip out Academy members’ minds. But Scorsese’s directing and Leonardo DiCaprio’s performance should not be overlooked.

Even if Shutter Island‘s mildly flawed screenplay knocks it out of the running for some awards nominations, Scorsese’s directing is flawless nonetheless. While some toot the horn that Leo should receive a Best Actor nomination for Inception, I argue that his performance in Shutter Island is far stronger – even if only for the haunting scene with his children in the pond. 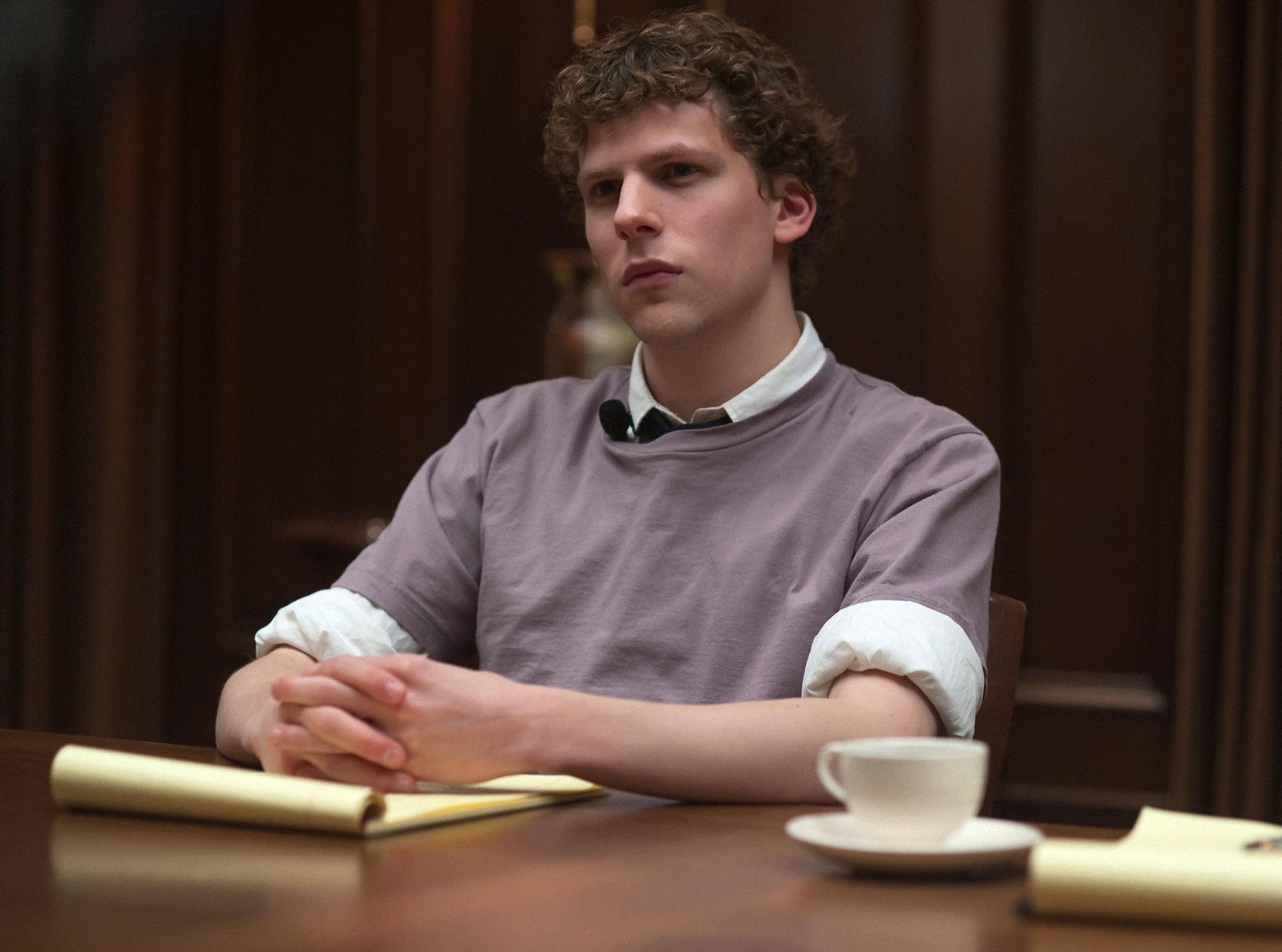 Honestly, when you first heard about a “Facebook” movie coming out, did you ever believe that it would be any good, let alone gripping and intense? I sure didn’t see it coming. Knowing it was a David Fincher (Fight Club) film, I was intrigued. But I never saw it panning out to be one of my 2010 favorites.

The more I learn about the making of The Social Network, the more I love Fincher’s abnormal style of directing – I mean, what director in his/her right mind would cast one actor to play supporting twin characters and digitally crop a face on one twin’s body double? Fincher would. He did. And it’s perfectly flawless.

And what director in his/her right mind would hire Nine Inch Nails’ Trent Reznor to score “the Facebook movie?” Fincher would. And he did. And Reznor’s score is one of my favorites of the year.

Haven’t seen The Social Network? Trust the rest of the world and the critics and see it. It hits the video stands next week. 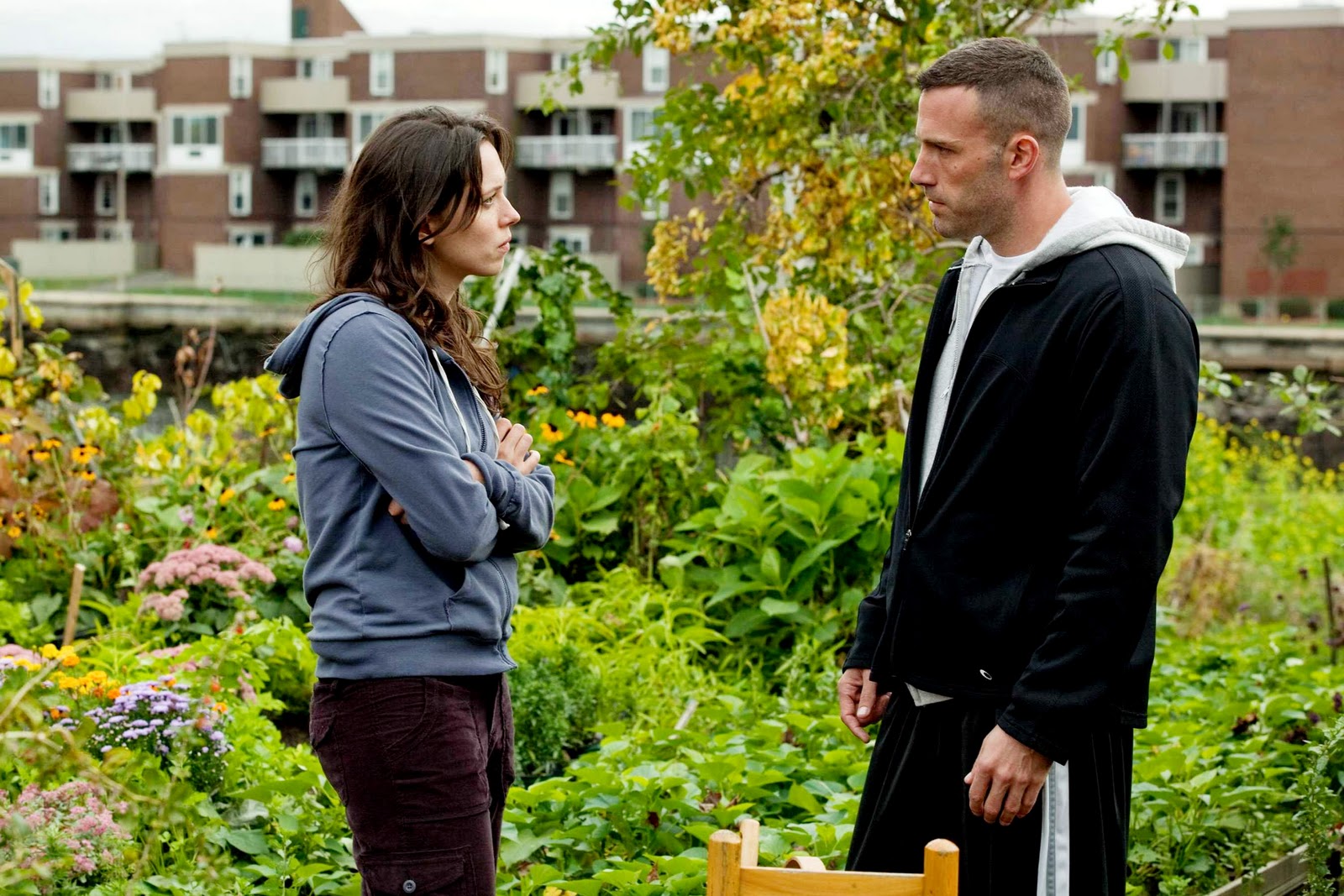 Matt Damon, the star and co-writer of Affleck’s Oscar winning Good Will Hunting screenplay, receives all of the praise for the duo’s success. Affleck has been placed on the back burner. For years, Affleck was the butt of many Hollywood jokes. Everyone was stunned when he knocked it out of the park with his directorial debut Gone Baby Gone – but many nay-sayers claimed it was beginners luck. But nobody doubts the man after he writes, directs and stars in one of the best crime dramas since The Departed – The Town.

Every aspect of The Town is noteworthy. The drama feels real. The action is superbly intense. The romance plays off naturally, emitting waves of believable chemistry. The acting is all around top-notch – even Gossip Girl Blake Lively’s! And the screenplay is brilliant.

I have always been a fan of Affleck, but I never assumed that he would write, direct and star in one of my favorite films. 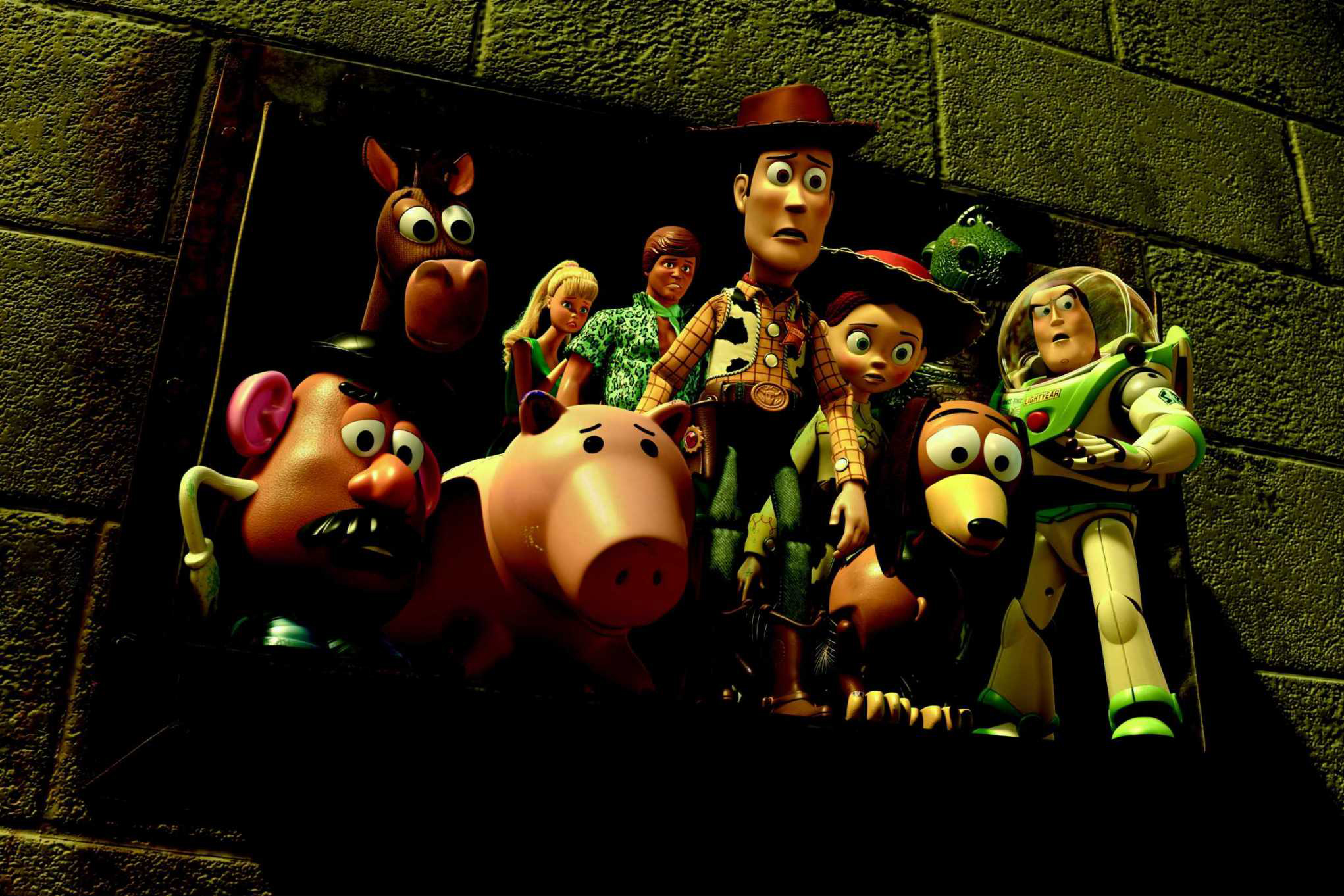 Aside from Cars, their one hiccup, Pixar just keeps getting better and better. Just as Woody’s owner Andy has done, the Toy Story saga has matured – it’s not as childish and innocent as before.

Watching Woody, Buzz and the gang virtually go to prison isn’t the first thing on the list that you’d like to see them do – but it’s worth it. As dark as it may get, the bittersweet ending gives the most intimate closure to any series ever made. Hats off to Pixar for going there and taking us with them.

Other favorites that didn’t quite make the list but deserve an honorable mention:
ConvictionEasy AHow to Train Your DragonKick-AssMicmacsScott Pilgrim vs. the WorldTrue Grit