A deep, dark psychological thriller wrapped up in the most perfect package. Made for fans of Darren Aronofsky's sometimes wild filmmaking, great acting and grippingly unpredictable stories. 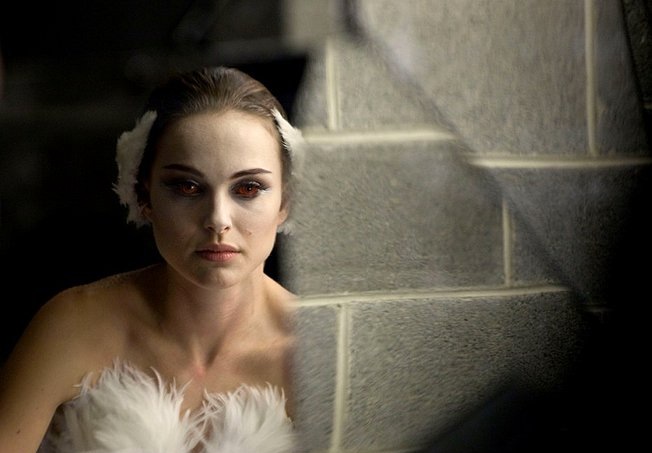 Black Swan is an all-around perfect film. From performances and plot to cinematography and directing. But none of that would be possible without its brilliant screenplay. Although Black Swan is an original screenplay, it is basically a twisted adaptation of the ballet “Swan Lake” where the Swan Queen is portrayed as a ballerina trying to win and conquer the role of prima ballerina in a prestigious New York City ballet company’s production of “Swan Lake.” Don’t try to wrap your mind around it, just go with it and get out there to see it.

Natalie Portman (V for Vendetta) gives her best performance to date as Nina Sayers, a soloist fighting to replace her company’s has-been prima ballerina (Winona Ryder, Mr. Deeds). Under the pressure of the artistic director (Vincent Cassel, Ocean’s 12) and her own has-been ballerina mother (Barbara Hershey, Falling Down), Nina starts to crumble. Figuratively speaking, she is split into two different people – the white swan and the black swan – as she tries to stretch herself to play the two different roles. Things only get worse when the director brings on a new, more graceful ballerina (Mila Kunis, Forgetting Sarah Marshall).

The first and second acts of Black Swan are captivating – but it’s the unexpected turn of the third act that makes Black Swan absolutely riveting. Only then does it accentuate the one-of-a-kind directing style of Darren Aronofsky (The Wrestler, Requiem for a Dream, The Fountain).

Forgive my brevity in this review, but the less you know about Black Swan before seeing it, the better off you will be in the long run. If you are a film aficionado that likes to be familiar with awards nominees, do not miss Black Swan – it’s a shoe-in for awards nominations.