The “Indiana Jones” series has long been requested on Blu-ray. At long last, it’s here. The following won’t be a technical review of the movies. Rest assured, the specifications won’t disappoint you. If you have never seen the movies, and this box set will be a blind buy, then I envy you. Having the opportunity to experience all four movies without prior knowledge is a cinematic pleasure without equal.

The American Blu-ray box set was released on 18 September, but – for reasons elusive and unexplained – the United Kingdom had to wait a few more weeks. They might have used the extra time to come up with something special. And here it is, the “Limited Edition Collector’s Set” : 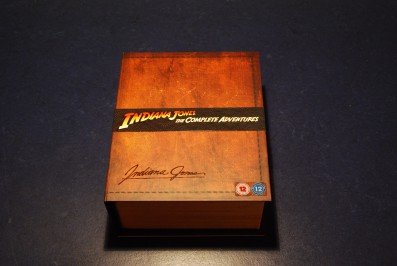 A lot of Blu-ray purists hate the ratings on the UK-discs. Well, those picky customers won’t have to lose their sleep this time around, because both “12”s (including one for the Republic of Ireland) are stickers. And thus easily removable. 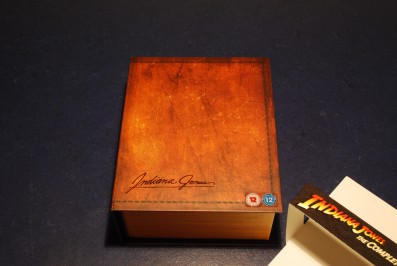 The banner is made out of carton and its only purpose is to keep the box shut. There’s no Velcro or any other sticky adhesive provided. 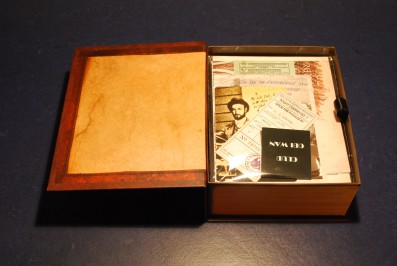 The box opens just like a book. Inside, two plastic bags with various items (sealed with glue) demand your attention. 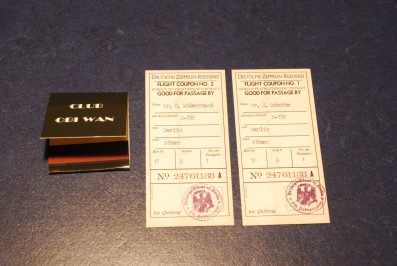 Bag 1 includes two zeppelin tickets, complete with false names “Hr. H. Widerstand” and “Hr. J. Schotte”. The attention to detail is stunning. I’m not an expert in German, but I do know that “Hr.” is the abbreviation for “Herr” (German for “mister” of “sir”) and the cards correctly state “Name”, “mit dem Liftschiff” etcetera. German nouns always have a capital, and they even got that right. I do wonder whether real zeppelin tickets had the English words “Flight Coupon” and “Subject to Conditions of Contract” on them.

Also included is a book of matches with the “Club Obi-Wan” logo. Real, working matches, no less! Careful now, kids. 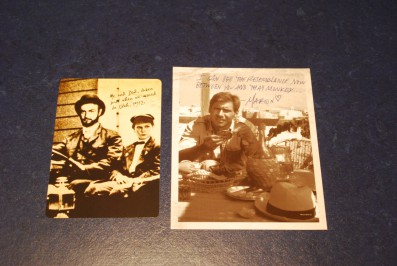 Also included in the first bag are two photo reproductions. The first features Sean Connery and River Phoenix as father and son, along with the line “Me and Dad, taken just when we moved to Utah, 1912”. Indeed, Utah (nowadays world famous for its inhabitant Luke Hickman). The other photo comes with a Ravenwood dedication: “I can see the resemblance now between you and that monkey … -Marion (heart)”. 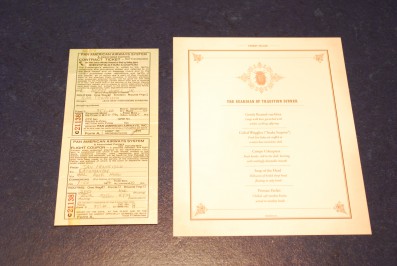 Two “Temple of Doom”-items are also included : one “Pan American Airways System” ticket (to Kathmandu) and the dinner menu for the Pankot Palace, including the famed “Snake Surprise”. 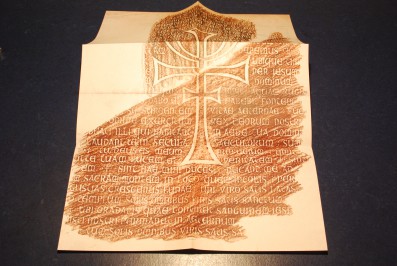 Closing out the first bag is the rubbing Indiana Jones (and his father) made of both clues leading to the Holy Grail in “The Last Crusade”. This is made of ordinary paper, not the flimsy chalky material used in the film. 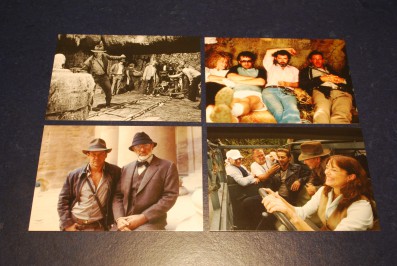 The second sealed bag contains four behind the scenes photographs, one for each movie. These can be used to send out, for they include space for an address and a stamp on the back. 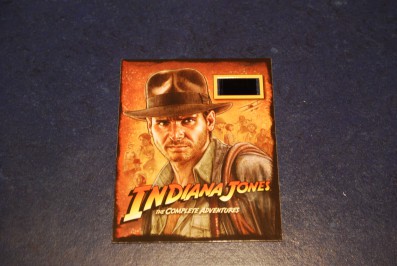 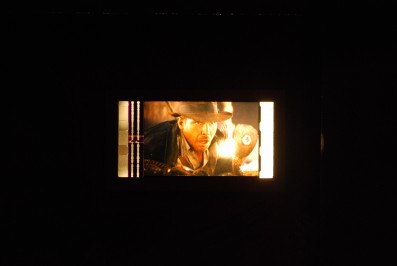 Moving on from the two bags, the set presents a film cell that contains one frame from the “Well of Souls” scene. As always, you need to hold it against a light source to see anything at all. The camera’s shutter speed had to be firmly increased in order to capture the image. 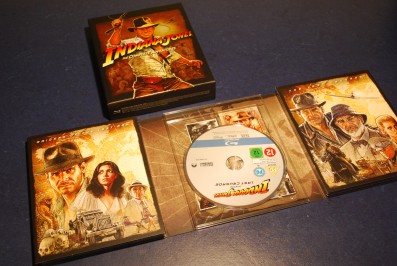 Up next are the movies and the special features on five Blu-rays discs. When it comes to disc-based content, there’s no difference between the American and the UK-edition of the Blu-ray box set. Packaging is slighty different, though, and I must say I prefer the American “book”-style. 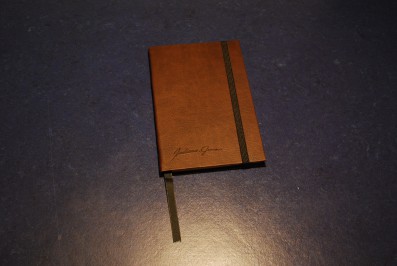 They clearly saved the best for last (apart from the movies, obviously) : also included is Henry Jones Senior’s diary, with the clues he gathered over the years leading to the discovery of the Holy Grail. The item is very well made and feels genuine. However, it’s not an exact copy of what we say in “The Last Crusade”, because the makers have seen fit to expand the diary with information pertaining to the stories told in “Raiders of the Lost Ark”, “Temple of Doom” and “Kingdom of the Crystal Skull”. Which is probably why they branded it with the “Indiana Jones” name on the front. This can be seen as Junior’s copy, not dad’s. 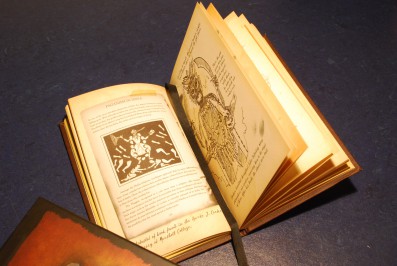 Truth to be told, none of the items included in the “Limited Edition Collector’s Set” is valuable, necessary or needed. It’s all very superfluous and tends to celebrate the lightness of being (which doesn’t need to be unbearable). However, for an Indiana Jones fan, it’s a wealth of cute trinkets and goodies!