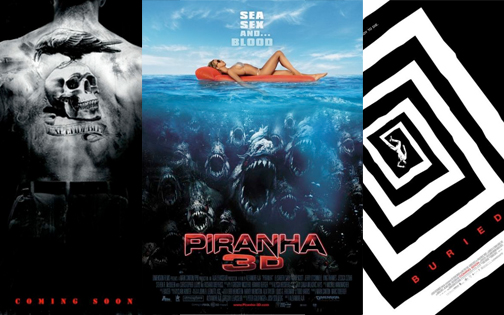 I love movie posters, but too often they turn into a giant rectangular piece of paper featuring famous floating heads and giant names of celebrities in Arial Black font. Except every year we get some great posters that remind us that movie posters are as much art as a promotional tool to sell a movie.

Here’s my list of the top 11 movie posters of 2010 in no particular order. If there are any that catch my eye from now until the end of the year I’ll do addendum post, bringing those posters into the fold. 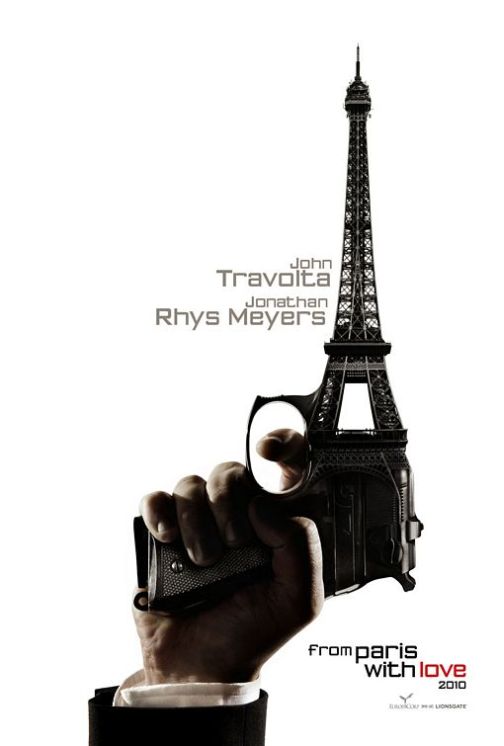 From Paris with Love (Eiffel Tower Gun Poster) – Most of the posters for From Paris with Love featured a bald John Travolta scowling. Travolta sells tickets so this is understandable. With this poster however, they went completely for an artistic take on an action movie. The gun smoothly turns into the Eiffel Tower, making it better than any other From Paris with Love poster out there. I love just staring at this poster thinking, this is the kind of poster that gets me excited to see a movie. I could care less about a poster with Travolta pointing a gun at me. This is the poster I want advertising an action movie. It says so much with so little. Guns and Paris, there’s nothing else you need to know about the movie. 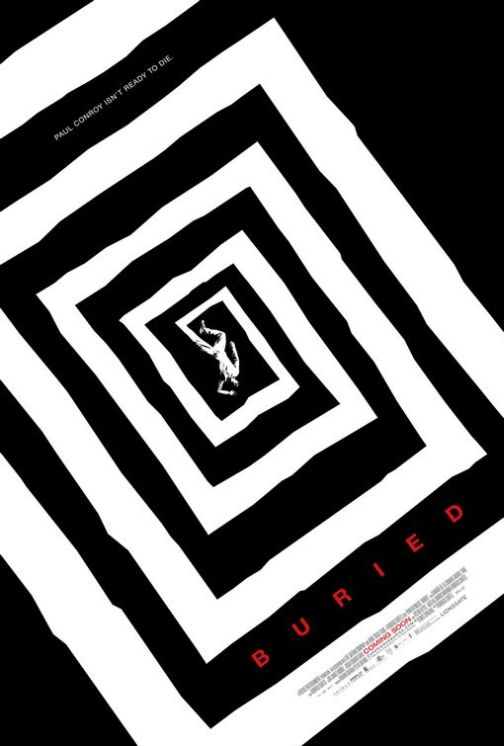 Buried (Vertigo Homage Poster) – What better movie poster to emulate than one of the most famous posters of all time, Vertigo. Only this poster does it in its own unique way. The perspective of this is unmatched, and makes us feel like there’s just no way out for that poor little guy in the center. Like he keeps sinking into oblivion. I love movie posters that I can sit and stare at and feel like I’m constantly looking at something new. This is one of those posters. It’s beautiful, yet it captures the spirit of Buried perfectly. 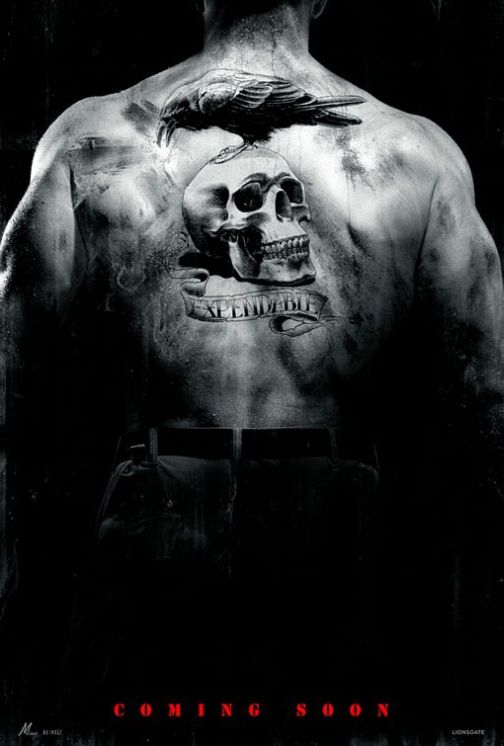 Expendables
(Tattoo Poster) – The Expendables had what seemed like a hundred different posters all advertising the big names that were going to be in the movie. With names like Stallone, Willis, Statham, and Li all in one movie, you’d better get the word out. This is the only Expendables poster that doesn’t stoop to out-and-out advertising of the big names that graced the movie. Instead a muscular back and a giant tattoo. The poster oozes manliness, which is what the movie oozed. What a perfect teaser poster to get people excited. Like the From Paris with Love poster, minimalism takes center stage. We don’t know who is in it, what it’s about, but we do know just from the picture that it’s going to be a movie for a guy’s night out. 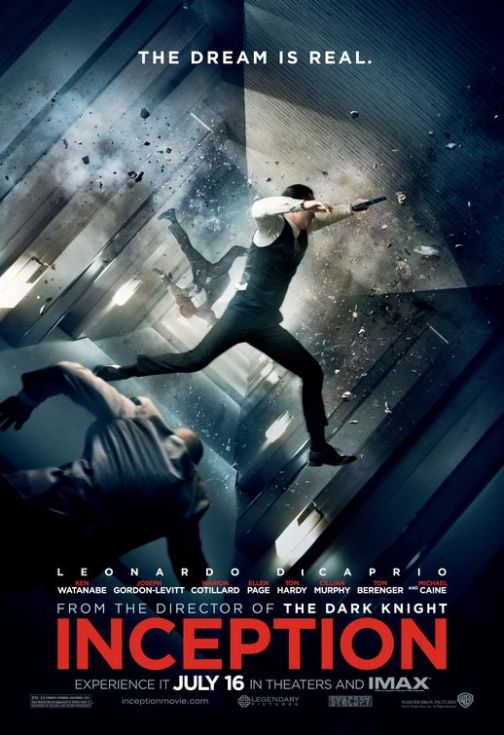 Inception (Hallway Poster) – With all of its star power Inception also had its share of face posters that graced movie theater lobbies. Even with all the promo posters they did, they were still able to insert some of the movie’s creativity into the poster itself. This hallway scene poster of Inception perfectly captures the feel of the movie. With the names taking up a small portion of the bottom of the poster, most of the poster is left to the image of a faceless man trying to navigate a violently shifting hallway. If that didn’t get you excited to see the movie, I can’t see any of the posters with DiCaprio’s mug pasted on them getting you any more excited. 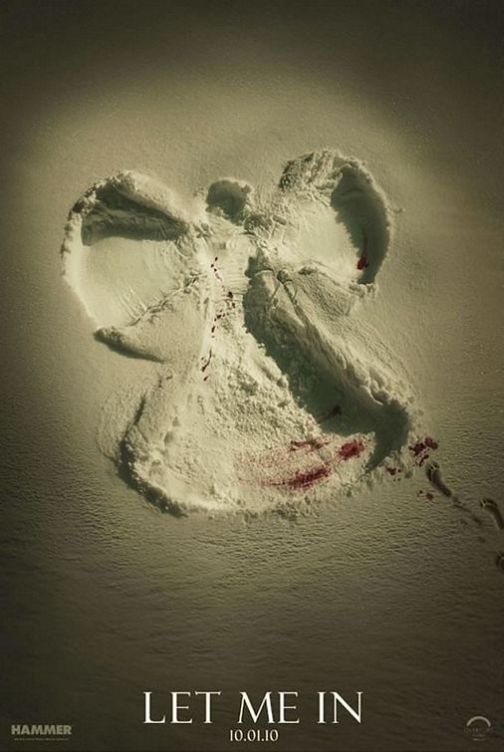 Let Me In (Empty Snow Angel Poster) – Let Me In is the American remake of the Swedish film Let the Right One In. It’s a story about a young kid who meets a young girl who is a vampire. Actually most of the posters for Let Me In are creepy, unsettling, and creative, but this one really caught my eye. A snow angel, speckled with bloodstains, and flanked by haunting footprints. What a fantastic image that captures both the movie’s horror elements with its underlying sweetness. There’s another Let Me In poster with Chloe Moretz, who plays Abby the vampire, lying in the middle of the angel. That one doesn’t work as well as this one does. Like most of these posters, less is more. 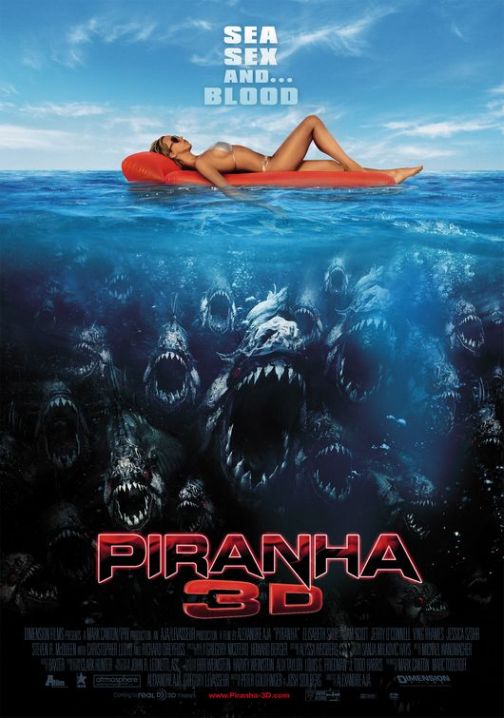 Piranha 3D (Sea, Sex and Blood Poster) – One of the best aspects of this summer’s Piranha 3D was it knew exactly what kind of movie it was and played on it. The filmmakers set out to make a modern B-movie with as much blood, sex, and gore as they could pack into 90 or so minutes. This poster directly reflects the kind of movie you’re going to see, and it even conjures up the feelings of old monster movie posters like Jaws with the girl swimming at the top and Jaws reaching up with his mouth agape to chomp her in half. When you look at this poster you know exactly the movie you’re going to go see. You don’t need to know who is in it, all you need to know is the three words at the top and that the piranhas have extremely large teeth. 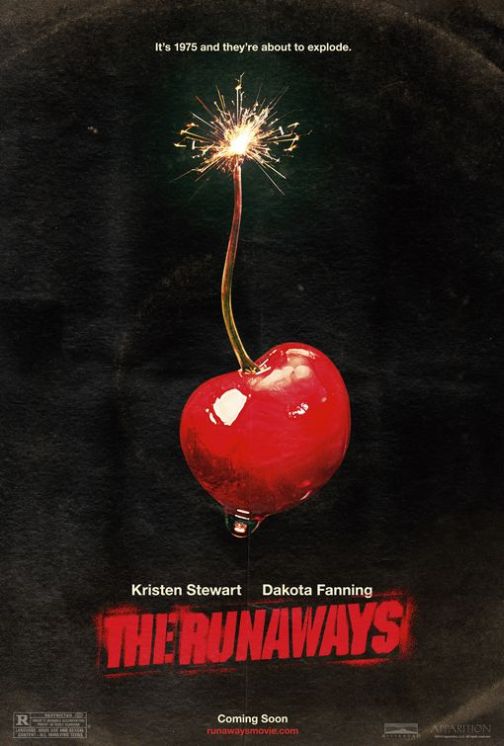 The Runaways
(Cherry Bomb Poster) – The Runaways had its share of posters plastered with the faces of Kristen Stewart and Dakota Fanning, but this poster is just a great work of art. Making a play on The Runaways famous song “Cherry Bomb” this poster perfectly portrays the type of music The Runaways performed and the fact that they were a ticking bomb the moment they formed. 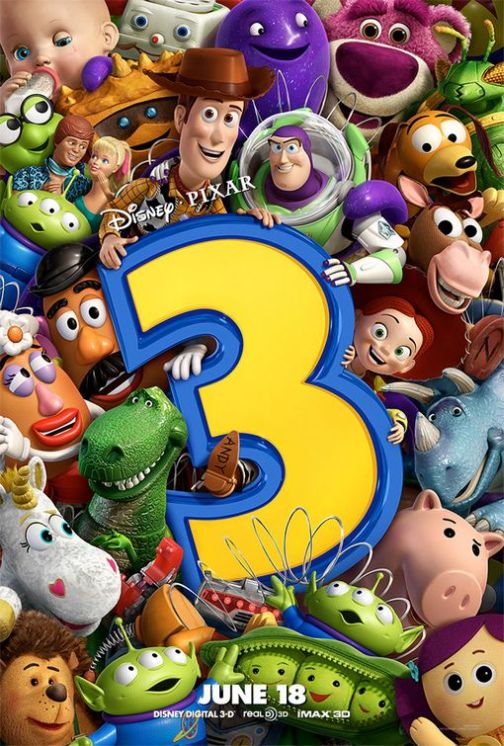 Toy Story 3 (Toys Together Poster) – Ok, ok, I know how much flak I’ve given to the floating head posters during this article, so I’ll understand if I get ridicule for this next pick, but I just love this poster. All the toys you know and love, together with some new faces. Oh, and did you notice that there isn’t one famous voice name on the whole poster? This poster focuses on the characters and not the voices behind the characters. When I saw this poster it immediately got me excited to see the third installment in the Toy Story franchise. The one thing that keeps this poster from true greatness? That baby is really freaky looking. 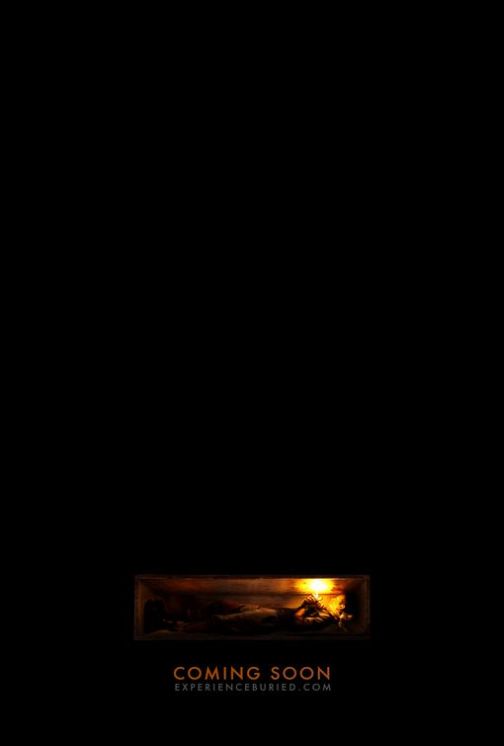 Buried (Black Space Poster) – I picked two posters from Buried, because frankly most of the posters for the movie are artistically put together. I love this one because of the perfect use of negative space to give us a feeling of what it would be like to be trapped in a coffin. This poster is as claustrophobic as the movie. That’s why I love it. Seeing it on a full-size movie poster is something else. 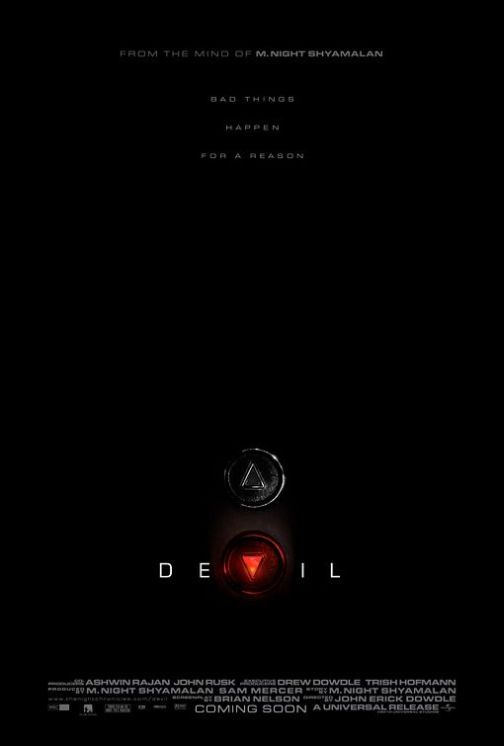 Devil (Elevator Button Poster) – Using the same type of negative space as the Buried poster this poster for Devil catches my attention. The only detail is a set of grimy elevator buttons with the down arrow doubling as the “V” in Devil. What better way to tease about a movie where five people are stuck in an elevator with the Devil than a poster like this. The only knock on this poster is that it feels like saying “From the Mind of M. Night Shamaylan” is a good thing. 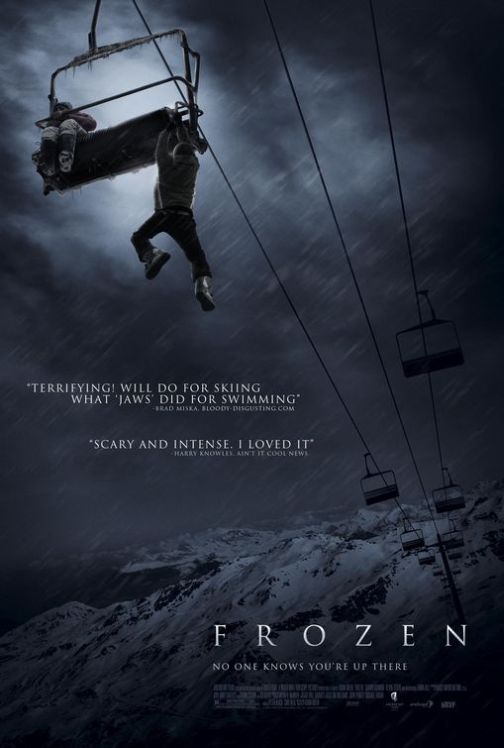 Frozen (Hanging From Ski Lift Poster) – Besides the oddly placed quotes this is a beautiful poster. From its perspective, to its lighting, nothing says trapped on a ski lift alone at night like this does. It looks artistically put together and even has the feel of a painting. If it weren’t for those quotes stuck out there in the middle of nowhere this would be the best poster of 2010 in my opinion.