Peele serves up another masterpiece where it just might do for the skies what 'Jaws' did for water. Made for fans of Peele's brand or anyone looking for some sheer spectacular spectacle.

Rated R for language throughout and some violence/bloody images. 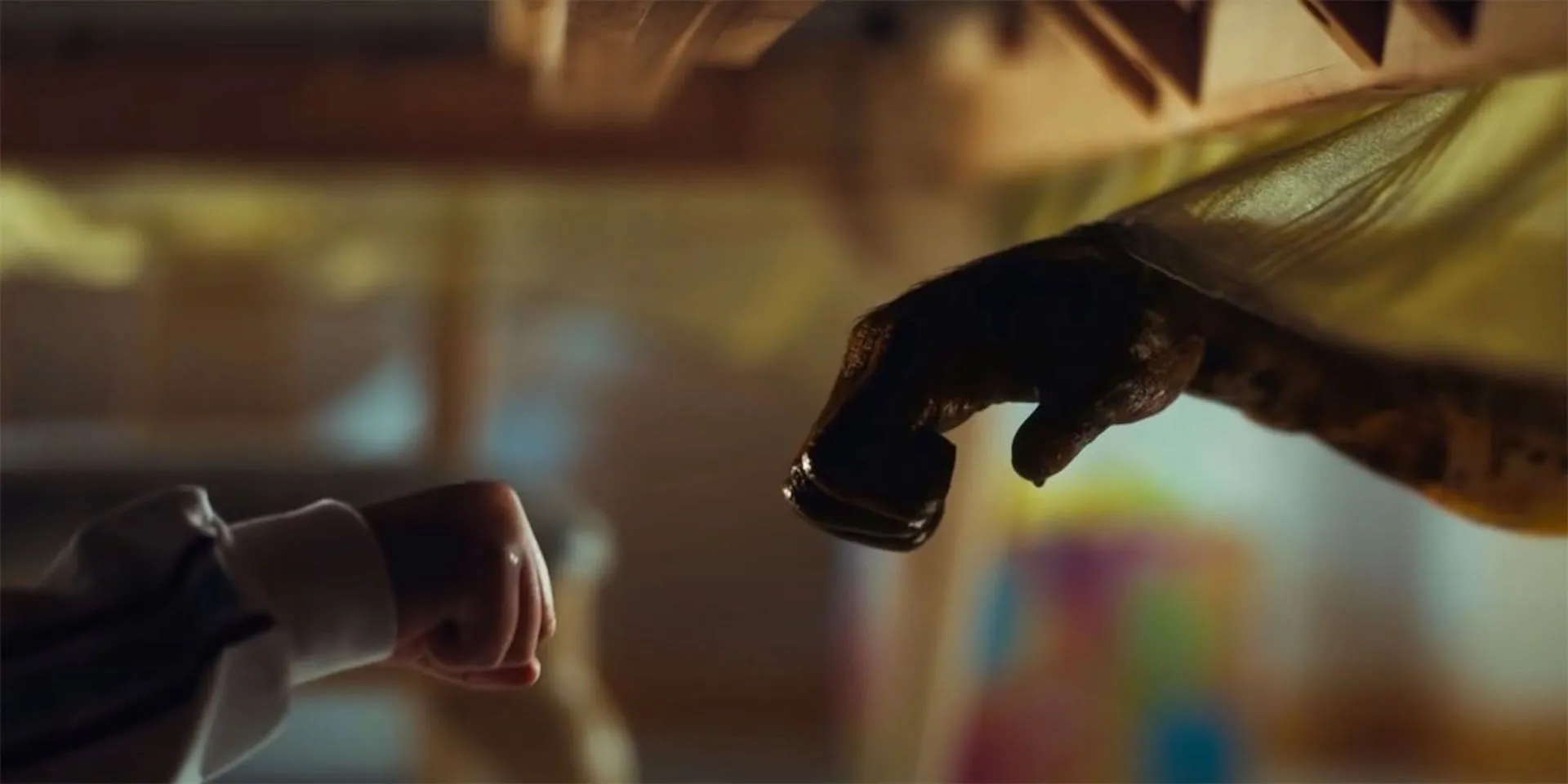 Jordan Peele’s Get Out was the best film of 2017. As a huge fan of Key & Peele — and in the minority who enjoyed the true hilarity of the underrated Keanu — I had high hopes and Peele did not disappoint. It was also no surprise that his sophomore outing didn’t quite live up to the lofty expectations after the huge success of Get Out. However, Us still wound up being smarter, funnier, and scarier than most horror films could dream of. Now, with the release of NOPE, expectations are as high as ever. While NOPE will undoubtedly be Peele’s most divisive film yet, I absolutely love it!

Siblings OJ (Daniel Kaluuya) and Emerald (Keke Palmer) Haywood are still processing the loss of their father, Otis (Keith David), six months after meeting his untimely death involving debris raining from the sky. Soon enough, OJ makes an unsettling discovery regarding what really happened to his father, and convinces Emerald to help him prove his theory. But things start to get bigger, and more out of hand, once Angel Torres (Brandon Perea) wiggles his way into the picture, with renowned animal cinematographer Antlers Holst (Michael Wincott) successfully scouted to get the footage they need.

It’s so interesting that Peele has specified in interviews that NOPE is his meta take on “rubbernecking.” About our inability to look away when we know we should. The film is pure spectacle and never falls on the trappings that wound up slightly undermining Us: subtext. What you see is really what you get. And what we get are sights to behold. Here’s a film where he finally lets loose his film geek knowledge with homages spanning just about every genre into a delicious cocktail. Westerns, horror, sci-fi, creature features, natural disasters, family drama, comedy, you name it, you got it. He spares no expense. It’s also his most Spielberg-influenced and honestly works as one of the best Jaws homages outside of Joe Dante’s Piranha.

Some may not be attuned to such a concoction, and I can totally see NOPE being even more polarizing than Us. The issue isn’t going to be with the film itself, so much as the film audiences have already watched in their heads. Going in blind is the best approach — especially since the ads are starting to hint and/or outright ruin some of the surprises. I refuse to call them twists, because this is not that kind of film. It does contain one big WTF moment when you learn a very important piece of the puzzle. Once it’s laid bare, the film settles into its own brand of fun. And for those who feel that films have been rushing through their finales, fear not. Peele lets us see everything that’s happening and extends it to more than just one final showdown. But he still finds ways to let your imagination run wild, rather than just simply show you the carnage.

The cast is impeccable — even if Yuen’s backstory feels like a totally separate short film — with Kaluuya and Palmer leaving their mark as a new favorite onscreen sibling pair. David, unfortunately, is really nothing more than a cameo, while Perea and Wincott do what they can to steal all of their scenes. It’s also fun to see some actual cameos sprinkled throughout, with Donna Mills even managing to sneak some giggles out of us. In regards to Perea in particular, Angel mentions that his supervisor may be contacting them regarding his services, to which they respond, “Five stars, Angel, five stars!” and I totally agree.

Michael Abels crafts a spectacular score — which I’ve been listening to all day — runs the genre gamut as well, helping keep the pace ebbing and flowing as Peele intends. While Hoyte Van Hoytema has always relied on a grainy/gritty look that didn’t mesh well when compared to his IMAX utilization, he’s finally making sure that all of the footage comes together to where you can’t tell what was shot on which stock. And Nicholas Monsour’s editing ensures we always know what’s happening, while keeping the bigger scenes tight and suspenseful at every opportunity.

With each film, Peele continues to elevate his filmmaking, and NOPE is a whole different kind of experience than he’s shown us before. It may wind up doing for the skies what Jaws did for water. There’ve been a lot of fantastic big budget Hollywood films this year, but NOPE has managed to surpass everything else and is now my favorite film of the year and should stick around in the back of my mind, finding its way to my end of year nominations. Be sure to see NOPE on either the biggest screen you can find — the IMAX scenes are probably, err, killer — or the loudest, because the sound mix is to die for.