Those willing to stick through the end will find themselves bearing witness to the likes they've never imagined. Made for fans of Garland's wicked storytelling. 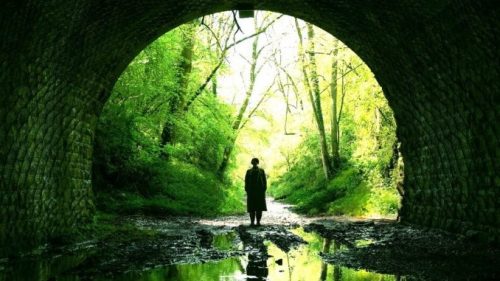 Alex Garland may seem like he’s new to the game, but he’s been continuously delivering amazing sci-fi/horror hybrids for more than 20 years. From his early Danny Boyle work with The Beach, 28 Days Later…, and Sunshine, to Never Let Me Go and Dredd, it wasn’t until he took on directing that people started noticing his name. And each of his directorial efforts have just gotten more bonkers than the last with his most recent venture — Men  — turning into sheer insanity by the time the credits roll. Ex Machina may still be his best film, but it ain’t for lack of trying and you have to give him kudos for trying to up his own ante.

Harper (Jessie Buckley) has taken a sabbatical and whisked herself away to the countryside after the death of her husband, James (Paapa Essiedu). Harper has been trying to reckon with their tumultuous relationship with James threatening suicide should they divorce. Now, Harper must come to terms with the aftermath, but the quiet village where she hoped to find solitude turns out to possibly harbor something more sinister than she could have imagined with danger possibly lurking around every corner. Or could it all just be in her head?

Garland manages to create a slow burn filled with silent menace before the final act when all hell breaks loose. Buckley continues to impress after amazing performances in Chernobyl,  Fargo, and I’m Thinking of Ending Things, and here she makes a fantasticly unreliable narrator. Rory Kinnear gets to let loose in a variety of ways, but to say how ruins the fun and the creep factor.

Men is definitely the most ambiguous of Garland’s outings and some may not enjoy the finale, but it’s supposed to make you uncomfortable and Garland pulls out all the stops. Whether the ending works or not will be up to the individual viewer, but one thing is for sure, you’ll never look at a nesting doll the same way again. A24 unleashes Men as part of their long stream of fantastic horror outings and plants itself as one of their best.