While it still suffers from CGI-overload and a clunky pace, it's at least the third best of the DCEU. Made for dC fans who have been hoping 'Wonder Woman' wasn't a fluke.

Rated PG-13 for sequences of sci-fi violence and action. 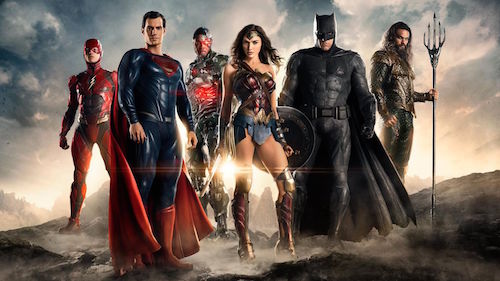 As painful as the DC Extended Universe’s (DCEU) growing pains have been, it pleases me to say that Justice League finally puts things on the right path. While still not up to Marvel Cinematic Universe (MCU) standards, it’s at least better than Batman v Superman and is Oscar-worthy compared to Suicide Squad.

It was most unfortunate the circumstances that Zack Snyder had to leave his project, and as fun as JL is, Joss Whedon still may not have been the best replacement. It’s no surprise that the man who was able to pull off two Avengers films would get called up to bat for DC’s supergroup. But Whedon definitely gives it everything he’s got to cobble together what Snyder had already filmed.

In the aftermath of BvS — with Superman/Clark Kent (Henry Cavill) dead and buried — Metropolis is still trying to pick up the pieces of their beloved city. A new threat looms in the form of Parademons unleashed by Steppenwolf (Ciaran Hinds). Now, Bruce Wayne/Batman (Ben Affleck) is putting together a superhero dream team — Wonder Woman/Diana Prince (Gal Gadot), The Flash/Barry Allen (Ezra Miller), Aquaman/Arthur Curry (Jason Momoa), and Cyborg/Victor Stone (Ray Fisher) — to save Metropolis and the world.

If there’s one thing immediately apparent about the absence of Snyder, it’s Justice League’s tone. With Danny Elfman behind the score — utilizing themes from Wonder Woman, Man of Steel, his own Batman themes from the Tim Burton films, and John Williams’ Superman — the film kicks off to an almost campy start. But don’t worry, Snyder’s over-stylized action scenes remain intact. The good news is he filmed this one with a brighter scope and a bigger lens. This is the least dark DC film in years and it’s the best thing that’s happened to the DCEU.

Filled with action scenes that may be over the top, they’re finally edited with precision — there are even some long takes (gasp!) — and a grandiosity that fits the kind of movie you’d expect a film like Justice League to be, you never get lost in the action and always know what’s going on. Which says a lot when you consider most of them revolve around six to (minor spoiler alert) seven characters.

Justice League only really suffers from a pacing issue. The setup covers too much ground too quickly leaving the middle to sag, all before it kicks into hyperdrive for the DC-prerequisite CGI overloaded finale. Also, some of the characters aren’t what they should be. Batman is a punster now and Barry Allen is really Wally West. Cyborg gets the short end of the stick with the least characterization, so hopefully there’s an upcoming extended cut in our future. This may be one of the few times a superhero movie is too short.

Justice League may come with the same amount of problems as the rest of the DCEU, but at least there’s now a sense of forward progression and even more so a sense of fun! This is what we expect when we walk into a DC film and it’s about damn time. With James Wan’s Aquaman next on the horizon — and Shazam, Wonder Woman 2, Cyborg, and Green Lantern Corps in the wings — we can finally look forward to the DCEU lineup.