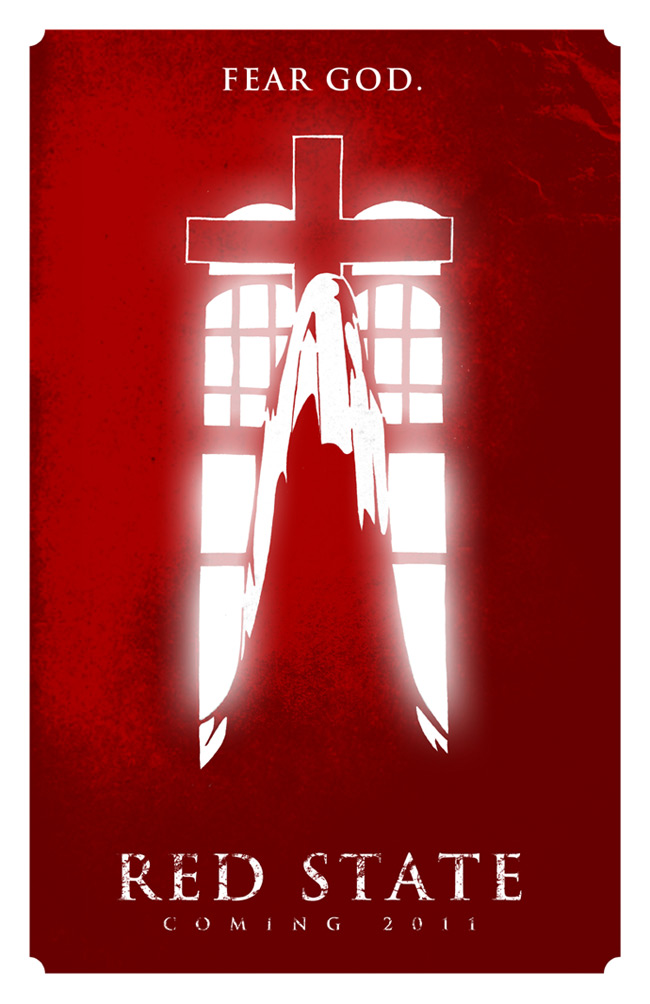 Ever since its premiere Sunday night at the 2011 Sundance Film Festival, Kevin Smith’s Red State has been generating a lot of buzz – most of it caused by Smith himself. Perhaps because of his bout with Southwest Airlines just before the release of his terrible, critically-panned movie Cop Out, Smith learned that bad press can boost the sales of doomed movies – which is why he is stirring the pot the same time Red State is premiering and up for distribution grabs. His inflated egotistical antics are a topic for another day, so I will stop there.

Needless to say, Red State is buzzing everyone wants to know what it is all about. My review will be up and running soon, so until then I figured I’d give you a taste of what you are in for with Red State – a supposed horror film.