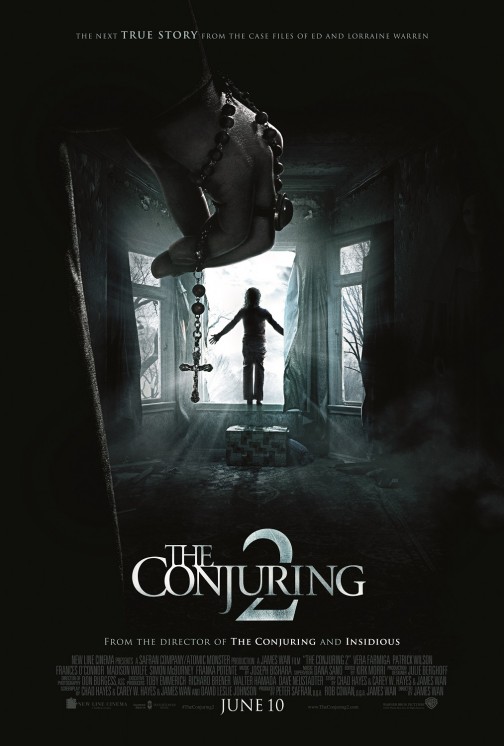 From the true case files of Ed and Lorraine Warren, come see The Conjuring 2 at a special advance screening being held on Monday, June 6 at 7PM in Salt Lake City! Click here to download your admit-two pass. (While supplies last, passes admit up to 2. Passes do not guarantee admission as theater is overbooked. Please arrive early for ticket exchange process.) Good luck and we’ll see you there!

New Line Cinema’s supernatural thriller The Conjuring 2 with James Wan (Furious 7) once again at the helm follows the record-breaking success of The Conjuring and brings to the screen another real case from the files of renowned demonologists Ed and Lorraine Warren. Reprising their roles, Oscar nominee Vera Farmiga (Up In the Air, TV’s Bates Motel) and Patrick Wilson (the Insidious films), star as Lorraine and Ed Warren, who, in one of their most terrifying paranormal investigations, travel to north London to help a single mother raising four children alone in a house plagued by malicious spirits. #TheConjuring2 in theaters June 10!