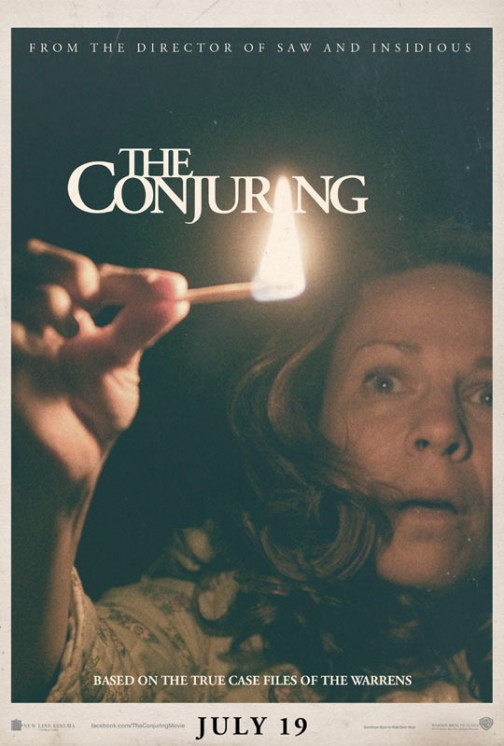 The Reel Place is excited to offer you passes to a special advance screening of THE CONJURING taking place on Monday, July 15 at 7PM in Salt Lake City, Utah.

Click here for your chance to download a printable pass for you and a guest! Seats in the theater are first-come, first-serve so PLEASE ARRIVE EARLY!

Before there was Amityville, there was Harrisville. Based on the true life story, The Conjuring tells the tale of how world renowned paranormal investigators Ed and Lorraine Warren were called upon to help a family terrorized by a dark presence in a secluded farmhouse. Forced to confront a powerful demonic entity, the Warrens find themselves caught in the most horrifying case of their lives.

From New Line Cinema comes a feature film drawn from the case files of married demonologists Ed and Lorraine Warren. The Conjuring stars Academy Award nominee Vera Farmiga (Up in the Air, TV’s Bates Motel) and Patrick Wilson (Insidious) as the Warrens, and Ron Livingston (The Odd Life of Timothy Green) and Lili Taylor (TV’s Hemlock Grove) as Roger and Carolyn Perron, residents of the house.

New Line Cinema presents a Safran Company / Evergreen Media Group Production of a James Wan Film, The Conjuring. Opening July 19, 2013, the film will be distributed by Warner Bros. Pictures, a Warner Bros. Entertainment Company. It has been rated R for sequences of disturbing violence and terror. theconjuring-movie.com