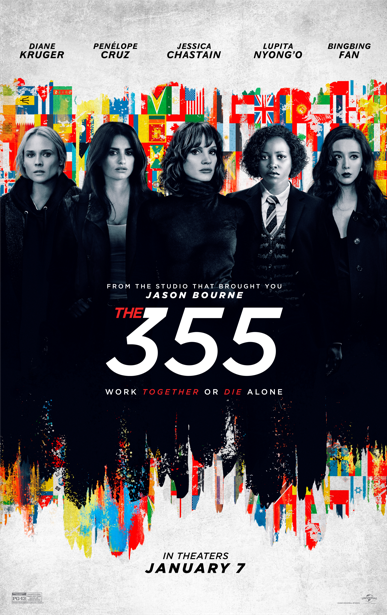 Nothing brings the team together like a common enemy.

The new spy thriller The 355 opens exclusively in theaters today, January 7 and we’re excited to offer you the chance to win a pair of Fandango codes to see the film in theaters. Click here to enter to win. Entry deadline is Sunday, January 9, and the winners will be notified via email on Monday, January 10. Good luck!