X-Men: Days of Future Past

Bryan Singer's return to the 'X-Men' franchise not only dishes up the franchise-best, but also gives Joss Whedon's 'The Avengers' a run for its money. Made for for fans of exciting, intense, creative and all-out awesome comicbook movies, as well as those who loved Bryan Singer's and Matthew Vaughn's 'X-Men' movies.

Rated PG-13 for sequences of intense sci-fi violence and action, some suggestive material, nudity and language. 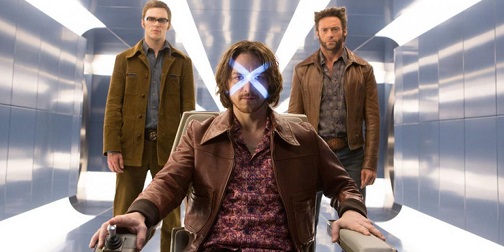 As much as I loved Matthew Vaugh’s X-Men: First Class, I’ve been leery of Days of Future Past. Why? Because the X-Men franchise has had a couple major strike-outs. X-Men and 2 were fantastic – so good that they basically launched the modern comicbook movie frenzy. X-Men 3 was horrible, as was X-Men Origins: Wolverine. X-Men: First Class got the franchise back on the right track and The Wolverine was pretty good, but that middle section still had me worried for Days of Future Past. And although the director of the first two X-Men movies, Bryan Singer, returned for Days of Future Past, he still has Valkyrie and Jack the Giant Slayer in his credits from the hiatus. But as I sat and watched X-Men: Days of Future Past this week, my jaw sat agape at what Singer has accomplished. Not only did he make another brilliant X-Men movie, but he made, arguably, the best X-Men movie to date, a comicbook movie so good that it’s light-years ahead of Disney’s “Phase 2” Marvel movies Iron Man 3, Thor: The Dark World and even Captain America: The Winter Soldier. If I had to rank it against another Marvel movie, it would be right up there with The Avengers – so watch out, Joss Whedon. Bryan Singer is back.

Days of Future Past starts in the future with the cast of the earliest three X-Men movies fighting off extinction from powerful, giant instantly-evolving mutant killing sentinels. The future is grim, looking like the post-Judgement Day world of a Terminator movie. The war is almost over and the sentinels are about to win, so Professor X (Patrick Stewart), Magneto (Ian McKellan), Kitty Pryde (Ellen Page) and Iceman (nobody famous) send Wolverine (Hugh Jackman) back in time to stop the event from happening that triggers this dark age. Why Wolverine? Because the time travel process is deadly and his regenerating body contains the only power that will allow someone to do it. And this is where the movie gets really fun.

The event that Wolverine must stop from happening occurs in the 1970s, approximately 10 years after the events in X-Men: First Class. The task is too big for him to accomplish alone, so he enlists the help of young Professor X (James McAvoy), young Beast (Nicholas Hoult) and even young Magneto (Michael Fassbender). Along the way, we run into young mutants that we know well, like Mystique (Jennifer Lawrence) and Havok (another not famous actor), and even a couple new ones, the best being Quicksilver (yet another not famous actor). The blend of old X-Men and new X-Men is fantastic.

I’ve kept the plot rather vague because everything that happens is an absolute blast. It’s creative, playful, action-packed and absolutely entertaining – so good, in fact, that despite running north of the two-hour mark, Days of Future Past blows by. Summer is still young, but at this point, X-Men is the best thing to come out of it – and considering that last week gave us Godzilla, that’s saying a lot.

P.S. Stick around for the credits to get a nice nerdy tease for the next big X-Men movie, Apocalypse.