"Spider-Man" Reboot Gets An Easy 'A' To Play Gwen Stacy 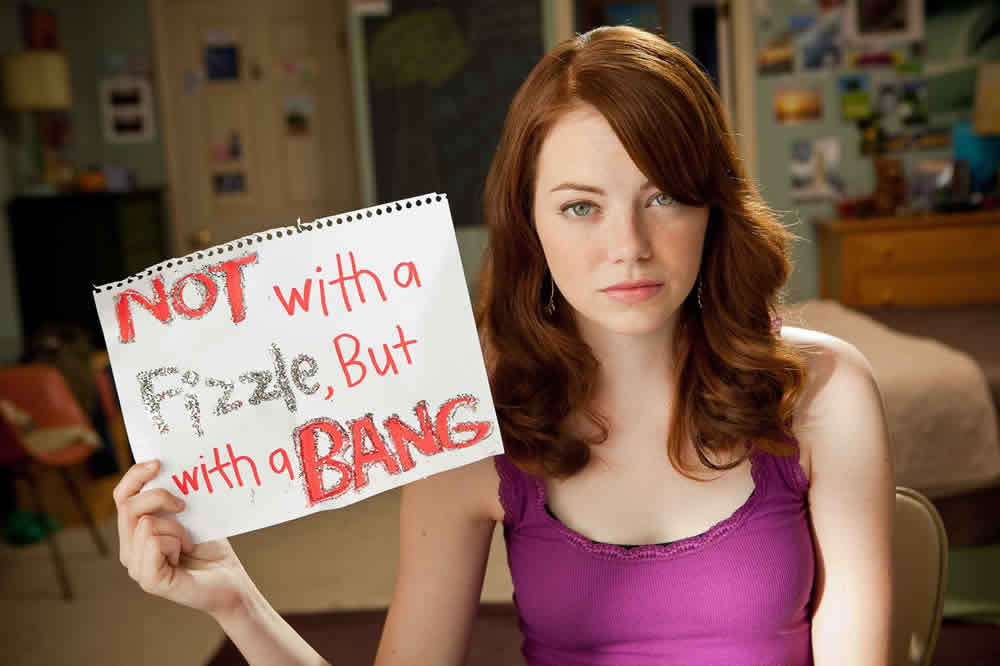 Columbia Pictures has announced that Emma Stone (Easy A, Zombieland, Superbad) will be joining the cast of the Spider-Man reboot. The initial rumor that Stone would be playing Peter Parker’s love interest Mary Jane Watson was confirmed false when the press releases were sent out today. Instead, Stone will be playing Gwen Stacy, a role previously played by Bryce Dallas Howard (The Village, Terminator Salvation) in Spider-Man 3.

Just three years after Sam Raimi’s Spider-Man 3, Columbia Pictures is starting the story from the beginning again. Raimi, Tobey MacGuire, Kirsten Dunst, James Franco and Bryce Dallas Howard are out. Everything will be new. New filmmaker. New cast. New series of Spider-Man movies. Whether the franchise needed to be jump started from the beginning again is debatable, especially considering Raimi’s first Spider-Man was released only 8 years ago.

The man behind the vision of the 3D reboot is (500) Days of Summer director Marc Webb (don’t worry, he is shooting the film in 3D and not going the horrible route of transferring to 3D, a la Clash of the Titans and The Last Airbender). Little known Andrew Garfield, who just earned your attention with a great performance as Eduardo Saverin in The Social Network, will take MacGuire’s place as Peter Parker/Spider-Man. Aside from Garfield and Stone, nothing else is known about the cast.

The yet-to-be-titled Spider-Man reboot is tentatively slated to open nationwide in 3D on July 3, 2012.