Sadness Persists at the Box Office with "Vampires" Coming in Second 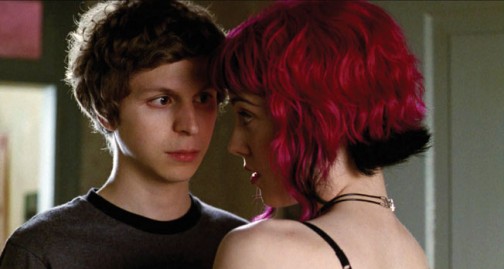 Now is a point where we can all start crying because of the state of the box office this weekend. Not only was it completely lackluster in terms of overall tickets, but the dreadful Vampires Suck took second place earning 12 million dollars. I just threw up a little in my mouth.
The Expendables snatched away the number one spot, but didn’t outright kill Vampires Suck, as it only brought in around 16 million.

What makes me really depressed is seeing poor Scott Pilgrim languishing down there in the 10th spot with only 5 million earned this weekend. Another cause for alarm is that since Vampires Suck opened on Wednesday it has earned 18.5 million almost eclipsing Scott Pilgrim’s total of 20 million over two weeks.

The box office is in a sad state right now.