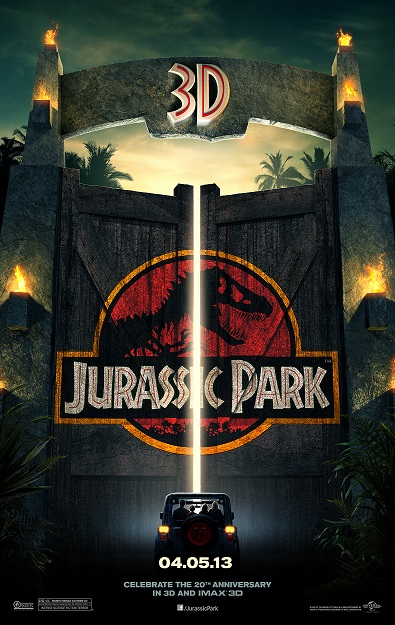 Universal Pictures will release Steven Spielberg’s groundbreaking masterpiece JURASSIC PARK in 3D on April 5, 2013. With his remastering of the epic film into a state-of-the-art 3D IMAX format, Spielberg introduces the three-time Academy Award®-winning blockbuster to a new generation of moviegoers and allows longtime fans to experience the world he envisioned in a way that was unimaginable during the film’s original release.

Enter for the chance to win an admit-two pass to the special advance screening of JURASSIC PARK 3D taking place on Tuesday, April 2 in Sandy, Utah by texting the word “T-REX” and your zip code to 43549! (ex. T-REX 80302). JURASSIC PARK 3D opens in theaters and IMAX® on April 5.