An adventure 65 million (and twenty) years in the making. Made for lovers of genuine adventure, great thrills and gorgeous dinosaurs. 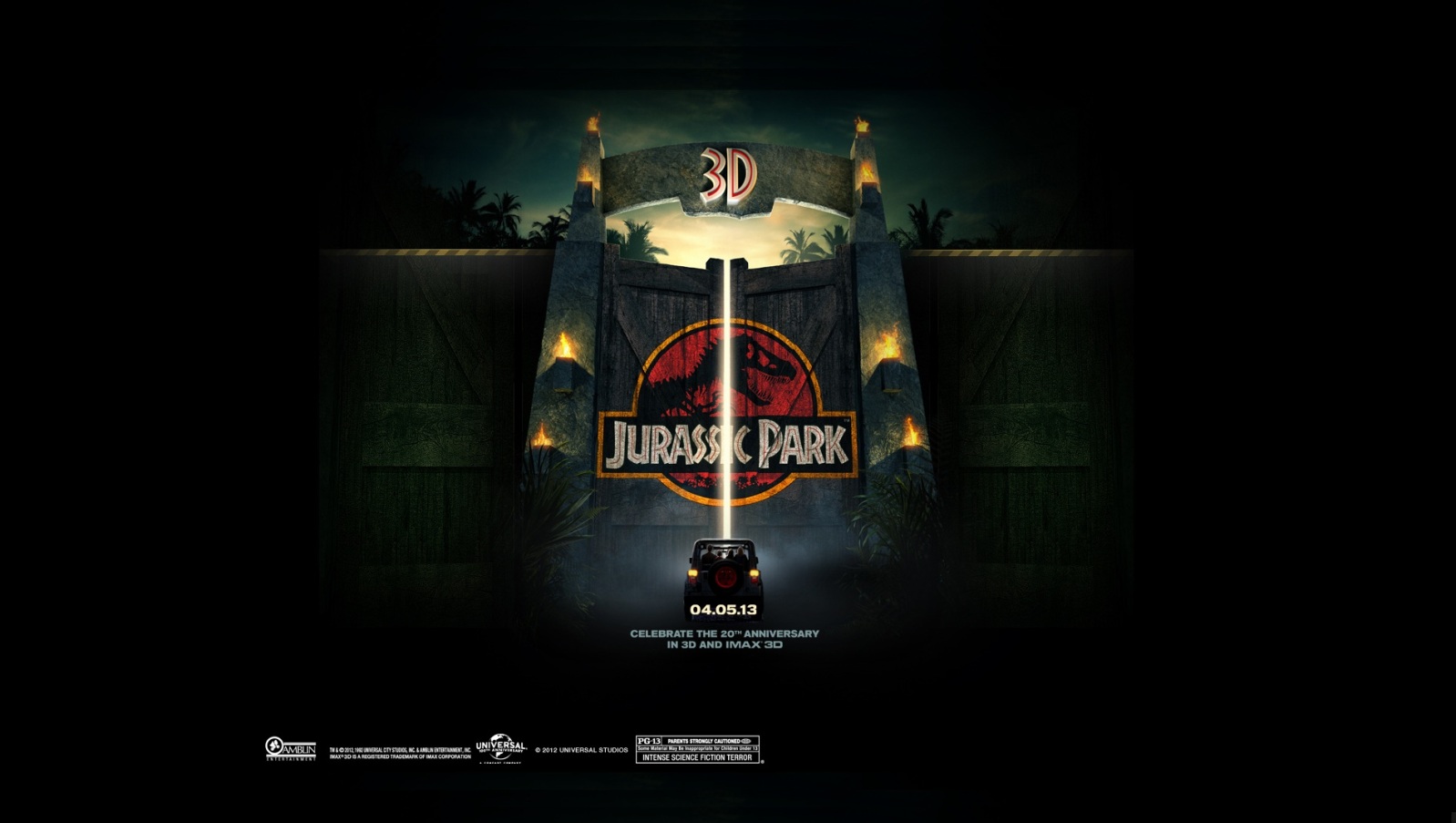 Vivid memories of that magical September 1993 afternoon, when my parents took my nine-year old self to see Jurassic Park on the silver screen. Surround sound had just been introduced as a new feature developed for cinemas. Antwerp’s first multiplex, “Metropolis” (a clever pun on Superman’s city and “Metropool” – the unofficial nickname of Antwerp) had just opened the same year and proudly offered DTS, SDDS and SR-D. They actually advertised those three acronyms on the movie posters – as if Average Movie Joe could or would care.

However, we did not see Jurassic Park in Metropolis, the venue located on the outskirts of the city. We went to the center of the city and opted for “Calypso”, a long gone family enterprise composed of no more than three screens. Inside were posters and standees for Addams Family Values, then forthcoming. The lobby featured a small Jurassic Park pop-up store – not unlike the one we see in the movie when John Hammond (Richard Attenborough) and Ellie Sattler (Laura Dern) are talking – that sold books, posters and memorabilia. The store was surrounded by an electrical fence with a stupid spelling mistake (all the signs said: “Danger : 20,000 volts”). Across the street was a large billboard of the movie, that seemed a little off in the eyes of young impressionable yours truly. Turned out this was no mere poster, but a wall painting that spanned several feet. No idea whether American cinemas ever used the (now sadly lost) art of the calicot, where commissioned artists would make their own interpretations of a movie poster. After the film’s run, the beautiful murals would be painted over by a new temporary painting. Thousands of masterpieces lost in time, like tears in the rain.

The movie was all a young boy could expect from a visit to the big screen : loud, visceral, impressive, scary and genuinely excellent. Funny, too. Who didn’t smile when Ian Malcolm (Jeff Goldblum) quipped about being in the car, talking to himself? Only a sourpuss wouldn’t chuckle when Ellie would predict “woman” to inherit the earth. And my nerdy friends and I would repeat the mantra “Dodgson. Dodgson. We’ve got Dodgson here!! (beat) Nobody cares.” across the school’s playground. And we still do, to this day. Be sure to check the hilarious dance remix on YouTube.

The critics that lambasted the screenplay ought to be taught a lesson. Jurassic Park is filled with great quotes, ranging from the hilarious (“Ah ah ah, you didn’t say the magic word!” – where can we download this as a screensaver?) to the witty (“Think they’ll have that on the tour?”) to the introspective (“But with this place, I wanted to show them something that wasn’t an illusion.”). Classy casting ahoy, with Sam Neill showing great character development, the late Bob Peck being game as a warden, Jeff Goldblum bringing the laughs as his usual stuttering self and Richard Attenborough as the sweetest, most tender mogul imaginable (a far cry from Hammond’s persona in the book, but one for the better).

Twenty years after the fact, Universal Pictures spared no expense to give Jurassic Park an honourable 3D release that accentuates the pros and (thankfully) doesn’t alter the cons. In the meantime, Calypso shut down and Metropolis changed its name to the insultingly stupid Kinepolis Antwerp. Calicots are a thing of the past. But Jurassic Park is stronger than ever. Its computer generated imagery set the benchmark, moved the goalposts and has kept the crown ever since. No other movie comes close to its sheer visual awesomeness (Tron Legacy is the only worthy contender), its dynamic range or its heartpounding intensity. Sure, there are “better” movies out there, but no other movie speaks to the inner nine year-old like this saurus fest. Long live Jurassic Park! See it on the biggest, baddest, loudest screen you can find.