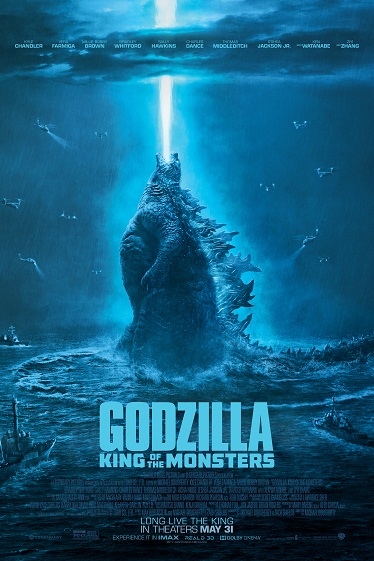 Long live the king. You and a guest are invited to a special IMAX advance screening of Godzilla: King of the Monsters being held on Tuesday, May 28 at 7pm in Salt Lake City. Click here to download your complimentary passes. (Passes admit up to two while supplies last. Passes do not guarantee admission, as the theater is overbooked to ensure it fills. Arrive extra early for ticket exchange at box office.) We’ll see you there!

Synopsis: The new story follows the heroic efforts of the crypto-zoological agency Monarch as its members face off against a battery of god-sized monsters, including the mighty Godzilla, who collides with Mothra, Rodan, and his ultimate nemesis, the three-headed King Ghidorah. When these ancient super-species —- thought to be mere myths -— rise again, they all vie for supremacy, leaving humanity’s very existence hanging in the balance. #GodzillaMovie in theaters May 31.