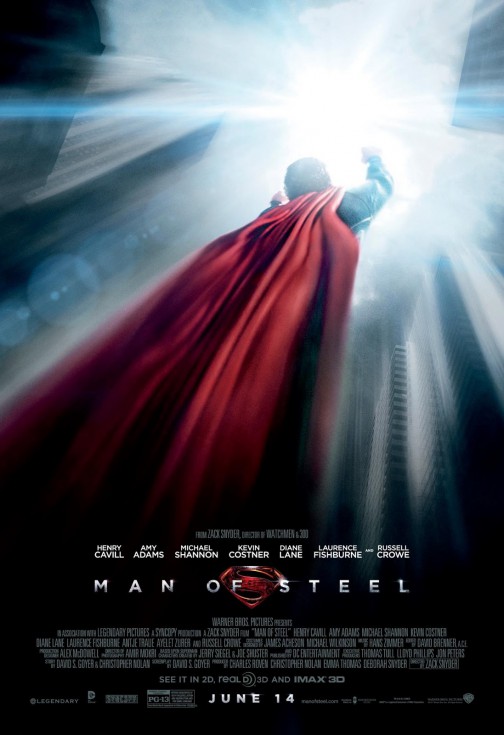 The Reel Place is excited to offer you passes to an advance 3D screening of MAN OF STEEL being held on Monday, June 10 at 7PM in Salt Lake City, Utah. Click here for your chance to download a printable pass for you and a guest! Seats in the theater are first-come, first-serve so PLEASE ARRIVE EARLY!

In Theaters June 14 in 2D, 3D, and IMAX
Rated PG-13 for intense sequences of sci-fi violence, action and destruction, and for some language

From Warner Bros. Pictures and Legendary Pictures comes MAN OF STEEL, starring Henry Cavvill (IMMORTALS) in the role of Clark Kent/Superman, under the direction of Zack Snyder (300, WATCHMEN).

A young boy learns that he has extraordinary powers and is not of this Earth. As a young man, he journeys to discover where he came from and what he was sent here to do. But the hero in him must emerge if he is to save the world from annihilation and become the symbol of hope for all mankind.