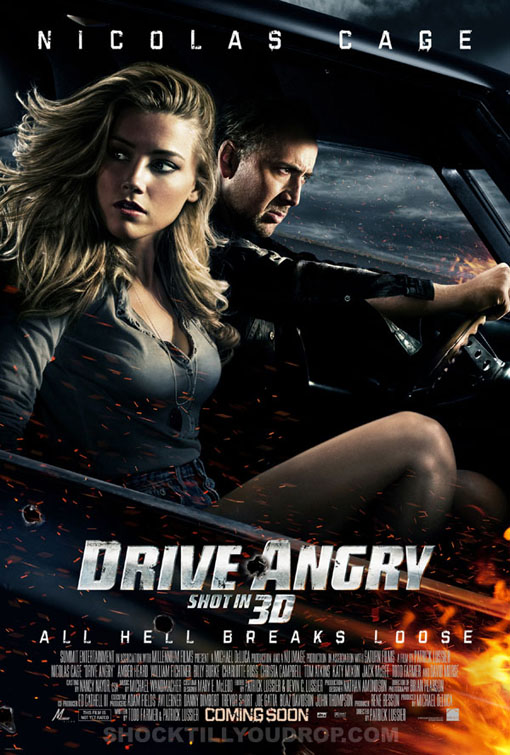 When footage from Drive Angry premiered at Comic Con 2010, the geek word of mouth online claimed that it looked like another awesome action/comedy movie. To me it sounded interesting, so I immediately watched the trailer when I saw it pop up online last night.

I try to not prejudge movies before seeing them, but the second I saw Summit’s name attached to it, I feared for the worse – especially having just seen at hated another Summit action/comedy this week, Red. But I like Nicholas Cage (The Sorcerer’s Apprentice), Amber Heard (The Joneses) and William Fichtner (The Dark Knight), so I have something positive to look forward to.

What do you think?