Despite lackluster trailers and television spots, “The Sorcerer’s Apprentice” is surprisingly above par and extremely entertaining! Made for everyone, kids and adults alike. 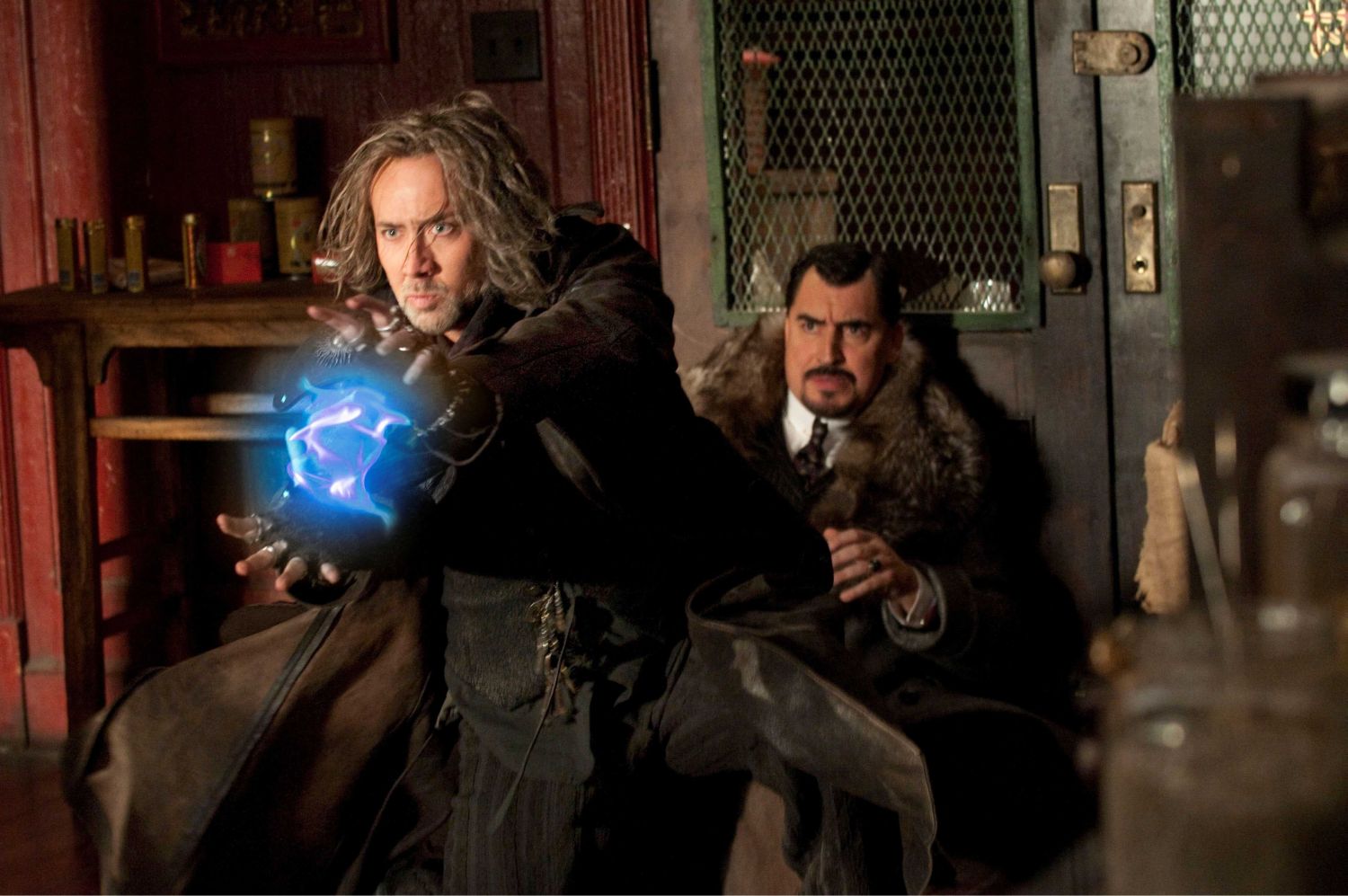 My initial response to the trailer for The Sorcerer’s Apprentice was probably the same as yours. Because Nic Cage, the story and the action all looked corny, I wanted nothing to do with it. But once I started hearing positive word on it, my hopes went up. If you are as pessimistic as I started off or if you are looking forward to it, no matter what, you are definitely going to have a great time with The Sorcerer’s Apprentice .
The Sorcerer’s Apprentice is loosely based on Mickey’s “mishap with the brooms” segment from Fantasia. Known mostly for playing small parts in Judd Apatow’s comedies, young actor Jay Baruchel takes the leading role for the third time this summer (Baruchel took his first lead role in She’s Out Of My League and also voiced Hiccup in How To Train Your Dragon) as Dave, the sorcerer’s apprentice. Nicholas Cage (Knowing) plays Balthazar, the sorcerer that the title refers to.

The movie opens with a recap of a wizard fight that occurred over a thousand years ago. Merlin took three powerful sorcerers under his care, made them immortals and commissioned them to protect the secret, sacred order of wizardry. One them (Alfred Molina, Spider-man 2) turned to the dark side and the other sacrificed herself (Monica Bellucci, Matrix Reloaded), leaving Balthazar alone to find and train “The One” wizard that Merlin prophesied about. Now, in 2010, upon meeting Dave, Balthazar thinks he has found that boy and must teach him the ways of wizardry.

Not only is The Sorcerer’s Apprentice a whole lot of fun, it is funny, action packed and a lot more creative and original than it appears. Aside from the great dialogue and likable characters, perhaps the most entertaining element of the film is the way the make magic work. Sorcerers are not simply magical people. Here they are explained to be normal humans who have the capability of using 100% of their brain, unlike the majority of humans who only use 10%. Mixing that idea with explainable, yet easily understandable, modern science, sorcery is possible.

Considering The Sorcerer’s Apprentice isn’t a movie that people are rushing out to see, you are going to need to take a leap of faith and trust me on this one. You will not be disappointed. It is a fun family film that is not limited to children and their parents. Any and every audience will thoroughly enjoy it.