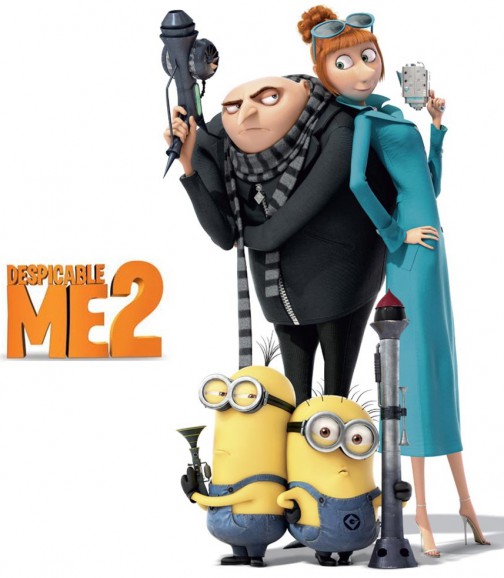 Do you want the chance to see an advance screening of DESPICABLE ME 2 in Salt Lake City on Thursday, June 27 at 7:00PM? Text the word GRU and your zip code to 43549 for your chance to win an admit four pass to see the film! (Example text: GRU 80221) Seats in the theater are first-come, first-serve so PLEASE ARRIVE EARLY! DESPICABLE ME 2 opens in theaters everywhere on July 3!

Universal Pictures and Illumination Entertainment’s worldwide blockbuster Despicable Me entertained audiences around the globe in 2010, grossing more than $540 million and becoming the 10th-biggest animated motion picture in U.S. history. In summer 2013, get ready for more Minion madness in Despicable Me 2.