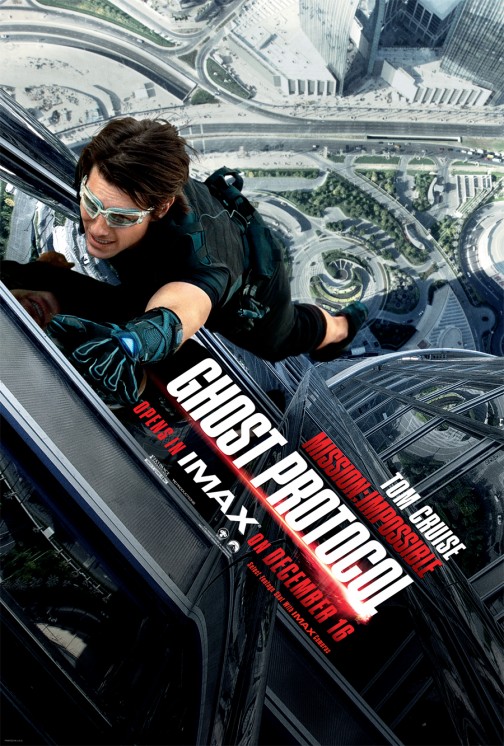 You and a guest are invited to a special advance screening of MISSION: IMPOSSIBLE – GHOST PROTOCOL in IMAX on December 15th! Visit www.gofobo.com/rsvp and enter RSVP code: REEL2RMM for a chance to get your passes. (Limit 2 passes per person, while supplies last. Passes do not guarantee admission. Seating is on a first come, first seated basis. ARRIVE EARLY for ticket exchange.)

Rating: MISSION: IMPOSSIBLE – GHOST PROTOCOL has been rated PG-13 for sequences of intense action and violence.

Blamed for the terrorist bombing of the Kremlin, IMF operative Ethan Hunt is disavowed along with the rest of the agency when the President initiates “Ghost Protocol”.  Left without any resources or backup, Ethan must find a way to clear his agency’s name and prevent another attack. To complicate matters further, Ethan is forced to embark on this mission with a team of fellow IMF fugitives whose personal motives he does not fully know.