She's Out Of My League

An unoriginal story made worthwhile by hilarious dialogue, great characters and a lot of heart. Made for fans of great laugh-out-loud R-rated comedies and classic late '90s teen flicks. 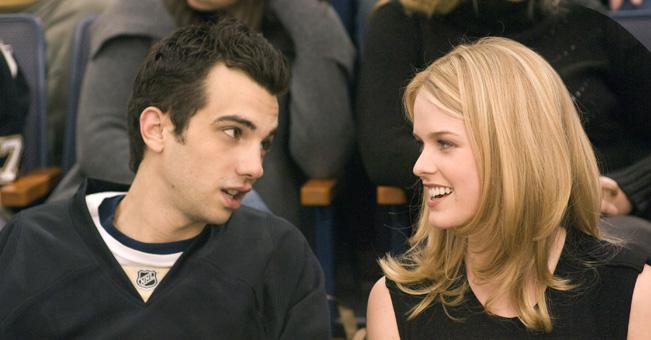 Kirk (Jay Baruchel, Knocked Up) is scrawny twenty-something who is stuck in his quarter-life crisis. Although he aspires to be a pilot, he doesn’t do anything about it. Working as airport security with his three best friends is the closest he will ever get. And for the last two years, Kirk has been caught up on Marnie, his snotty ex-girlfriend. Due to his severe lack of self esteem, Kirk doesn’t think he can do any better than her, which is why he is in the pointless constant fight to win her back. But the tables are about to turn.

When Kirk rescues an attractive girl from a sleazy fellow co-workers attempt to “wand her,” she begins showing him some attention. Again, Kirk falls victim to his self esteem and mistakes her advances as kindness for his help. He can’t understand why a girl so far out of his league would even consider him.

Her name is Molly (Alice Eve, Crossing Over). She’s got everything going for her in life – the clothes, the looks and an impressive event planning job that pays her more in one night than he makes in one year. Molly is the type of girl that can get any guy she wants, so Kirk’s skepticism isn’t without reason. Battling reason, pressures from his friends and family and even his own self, Kirk must find a way to get and keep the girl of his dreams.

Although She’s Out Of My League has a simple and typical story, the components that build the story are what make She’s Out Of My League a must-see for those who enjoy R-rated comedies. The characters are unbelievably hilarious. Kirk’s family is selfishly oblivious to him and his feelings. Every scene with them is a little gem of comedic gold. His small group of best friends is brilliant composed as well. Consisting of completely different personalities – there’s the offensive guy’s guy, the one who could get any girl he wants and the overly sensitive girlie one – they make up an unforgettable film foursome.

Unlike the “out of his league” relationship between Seth Rogen and Katherine Heigl in Knocked Up that absolutely nobody fell for, the one that exists between Kirk and Molly and believable. They are both genuine and honest people who have nothing but the best intentions in mind. For that reason, you truly root for them as an audience member.

She’s Out Of My League gives off the vibe of an ’90s teen movie – like Can’t Hardly Wait that we see from the honest guy’s perspective – made for the same now-in-their-20s audience, featuring adult language and jokes. If you are the type of person who liked those movies then or enjoy the R-rated comedies of our time, then you really shouldn’t miss She’s Out Of My League, easily the best comedy of the year. So far.