Marcel the Shell with Shoes On

Silly, hilarious, thoughtful, and heartfelt, A24 starts an early bid for Best Picture. Made for anyone wanting to tune out the world and bask in some pure goodness.

Rated PG for some suggestive material and thematic elements. 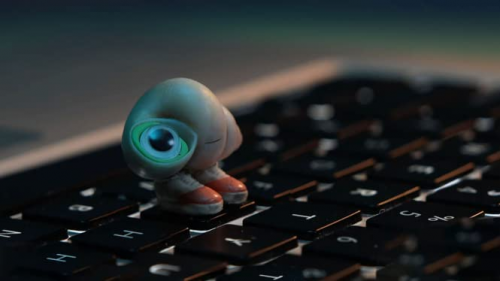 Once in a while, something in the pop culture zeitgeist will manage to sneak by you. For me, it was the “Marcel the Shell” shorts. Accompanied by children’s books, Marcel’s three spectacular shorts are exactly what we need in this day and age. As charming as they were when they were new, there’s a heaping sense of whimsical charm in their simplicity contrasted to the potboiler world we live in today. If there ever was a time for the feature length Marcel the Shell with Shoes On, it’s now. Lucky for us, the original creators — Dean Fleischer-Camp and Jenny Slate (who also voices our intrepid titular star) — have returned to create the ultimate counterprogramming to the distilled Hollywood blockbuster.

If you’ve seen the trailer, you know the plot: Marcel lives in a home that’s been turned into an Airbnb after its humans have separated. Used to spending his days with his grandmother Nanna (voiced by Isabella Rossellini), and his pet ball of lint, “Alan,” Marcel quickly becomes part of Dean’s (Fleischer-Camp) — the current resident — documentary. Soon enough, life lessons are learned, heart strings are pulled, snark is snarked, and 60 Minutes comes calling, after Dean unleashes videos of Marcel and his community online. But it wouldn’t be a film without some kind of plot, with Lesley Stahl getting the opportunity to blow wide open the case of Marcel’s missing community members.

Marcel the Shell with Shoes On is so simple it’s refreshing. It’s literally a mockumentary about a one inch shell full of spunk and charm to spare. Some jokes are repeated from the shorts, but they’re still effective and laugh out loud hilarious. Sight gags and verbal puns are prevalent, with Marcel constantly putting a new spin on how one may view the world. He never gets annoying or cloying, and his thoughts and emotions feel nothing but genuine. The directing is basic — it is a mockumentary after all — but the performances of Slate and Fleischer-Camp more than make up for it. I won’t be surprised to find this one included when Best Picture nominations are announced next year. It’s seriously that good and is one of the year’s rare don’t miss films.