Although following the course of a typical BBC romantic period piece, "Jane Eyre"'s genuine characters, performances and cinematography break the genre's norm. Made for fans of character driven films (even if you despise dramatic period pieces) and BBC Jane Austin adaptations.

Rated PG-13 for some thematic elements including a nude image and brief violent content. 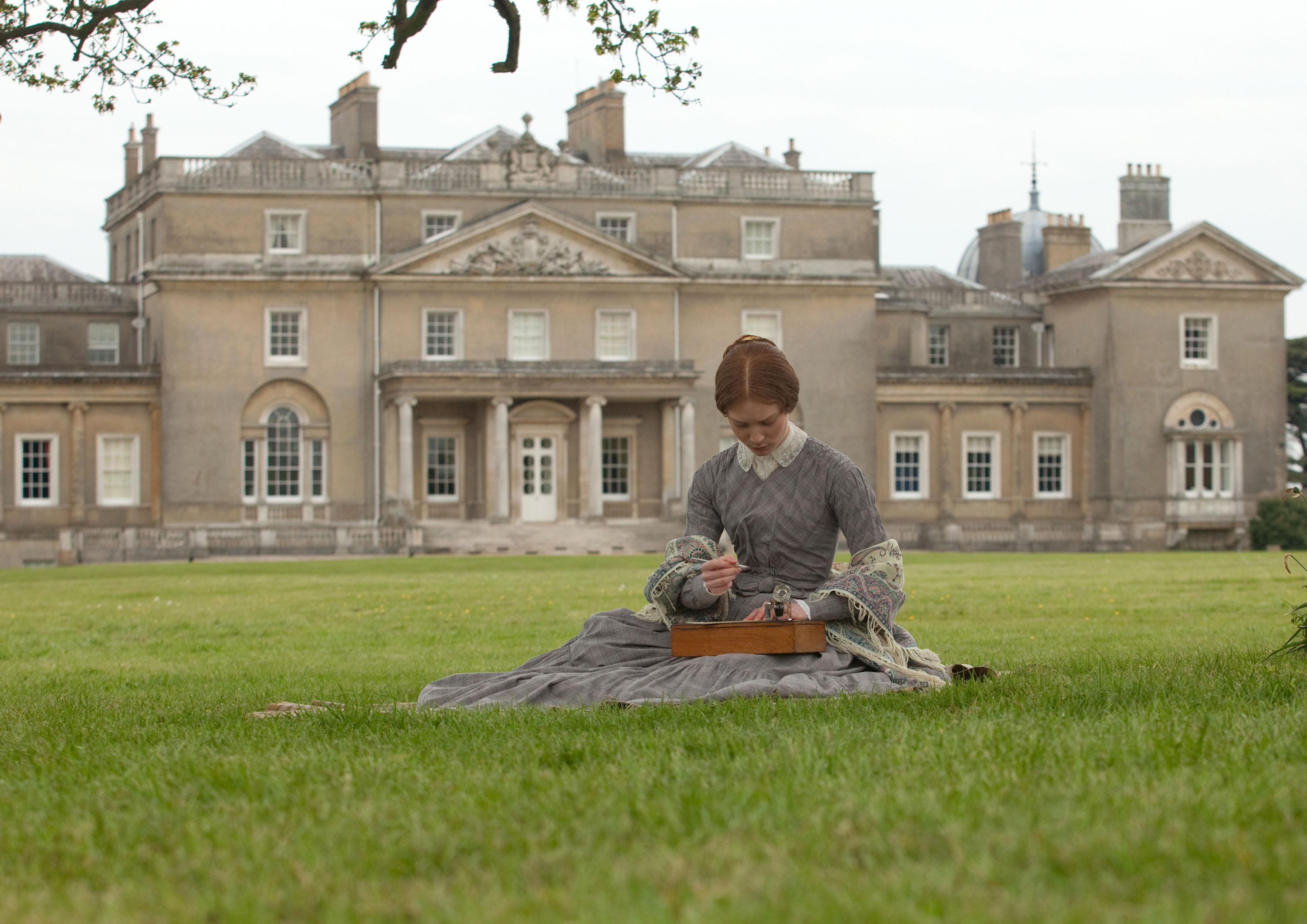 The one stage production of Jane Eyre that I ever tried sitting through was so bad that I wanted to walk out. Had the new film adaptation carried a different title, I never would have known it was from the same source material. After loathing that production and having a preexisting condition of not enjoying any BBC Jane Austin-esque period pieces, I was not excited in slightest bit to see the new film – but to my surprise, just ten minutes into Jane Eyre I was loving it.

Jane Eyre (Mia Wasikowska, Alice in Wonderland) has been tormented her whole life. No child should ever have to be raised in the conditions that was. Her parents died when she was a baby, causing her to be raised by her hateful aunt (Sally Hawkins, Never Let Me Go). Her arrogant cousin pestered her like the house dog. After defending herself, Jane was deemed a troubled child with a “heart of spite and deceit” in need of strict disciple and sent off to the toughest boarding school.

Because of the way she grew up, never being given anything, never being loved and always being on her own, Jane learned self sufficiency. She took her rigid education into the outside world and made her own life, never depending on anyone but her employer from whom she earned an honest living. She refused to give in to her “fear of never living” or be “doomed by limits.” Jane would live as full a life, as any wealthy person would, all by the work of her own hands.

Now leaving the school and entering the working middle class, Jane accepts the position of governess at Thornfield Hall for the wealthy and eccentric Mr. Rochester (Michael Fassbender, Inglourious Basterds). Taken under her wing by Mrs. Fairfax (Judi Dench, Quantum of Solace), Jane begins to learn what it is like to be a working woman in the outside world.

Jane has never known love, nor what it is like to be desired. So when Mr. Rochester returns to Thornfield Hall for the first time in over a year and sets his sights on her, she is clueless as how to react to his advances. The second half of the film revolves around the confusing, slowly rolled out romance that evolves between Jane and Rochester.

I will not pretend to be learned in the way of British dramas, but I can say that Jane Eyre may make someone who does not enjoy the genre start to like it. The genuine characters, honest emotion and believable story quickly make you personally invested. As the love story develops, the script brilliantly turns into Shakespeare-esque poetic dialogue.

If someone who refuses to watch BBC period pieces, Masterpiece Theatre and anything Jane Austin can enjoy and recommend Jane Eyre – someone like me – then Jane Eyre must be doing something right. From beautiful cinematography and music to great performances from Wasikowska and Fassbender, Jane Eyre is likely to entertain the fans and even the newcomers.