There is a reason nobody has made an Easter Bunny movie yet - that's because it's a bad idea. Made for fans of family films where live-action humans talk to CG animals. 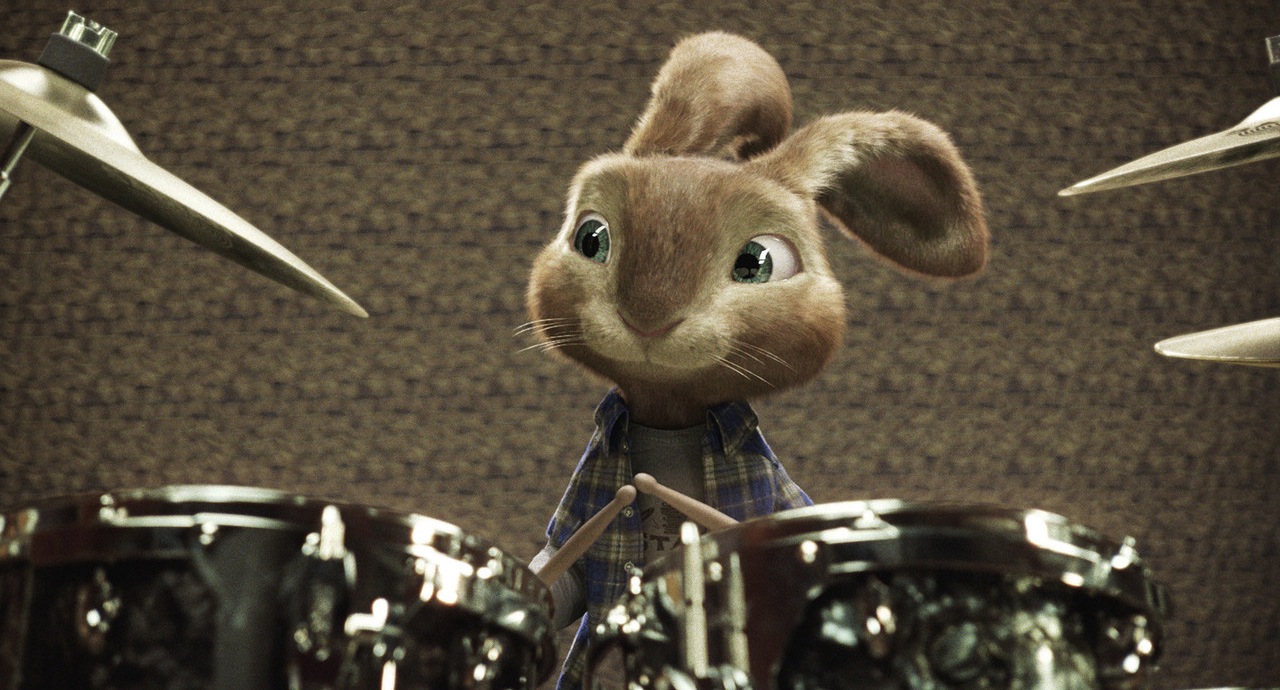 Deep in the center of Easter Island (the North Pole) lies a massive factory (Santa’s workshop) where all of the Easter candy (toys) is produced, packaged and loaded onto the Easter Bunny’s (Santa’s) sleigh (sleigh) by a huge workforce comprised of small chicks (elves). Each Easter (Christmas), the overweight Easter Bunny (Santa) hops into his flying sleigh (flying sleigh) led by a pack of flying chicks (flying reindeer) and delivers baskets (gifts) to every child in the world.

The Easter Bunny’s son, E.B. (presumably short for Easter Bunny), somewhere near his 30s, should be ready to take on the mantle of his father’s business – only E.B. (should-be B.M. for Billy Madison) doesn’t want it. He wants to be like a human. E.B. has delusions of grandeur that involve him living in Hollywood and becoming a world famous drummer, but his father doesn’t understand it. So E.B. makes a run for it in search of success in the human world.

At the same time, humanoid Fred O’Hare – also near his 30s – is misunderstood by his father. Believing that something much bigger awaits him, Fred cannot find a job that is suitable for his talents, so he lives at home and doesn’t even bother looking for a job. After a family intervention, Fred is booted from his parents’ basement and forced into reality. Of course, E.B. and Fred’s paths cross and the two wind up becoming unbelievably best buddies trying to help one another reach their dreams. Fred helps E.B. get onto David Hasselhoff’s fictional reality show “Hoff Knows Talent” and E.B. helps Fred train for a job that he feels destined to work – he wants to be the new Easter Bunny. In the meantime, E.B.’s dad is facing a coup d’état on the chick front and a trio of fierce-yet-cute soldier bunnies know as the Pink Berets are hot on E.B.’s trail.

You may be asking yourself, ‘If you are going to rip off a movie, why in the world would you chose The Santa Clause?’ Well, compared to Hop, The Santa Clause is gold. Incapable of earning a single laugh through comedy, Hop relies on a handful of bad, obvious puns – the writers could only come up with a few original ones, so they are regurgitated throughout the movie. Once they realized that they were beating a dead horse, they stooped to lowest-common-denominator humor – the unforgivable low being E.B. showing up at the Playboy mansion simply because of the bunny on the gates. Really, Universal? You are going to allow product placement for a pornographic magazine in a family film? Good job. Along with that adult joke come others referring to inter-species three-ways.

Hop is everything a bad afternoon cartoon aspires to be, including an anticlimactic climax and blatantly obvious cheesy morals. It is dumb, dumb, dumb. Every good idea they had – like The Hoff – was wasted and poorly utilized. Don’t waste your time and money with Hop.