Hilarious and a complete blast! Made for fans of black comedies that are way funnier than the marketing appears.

Rated R for language, sexual references and some violence 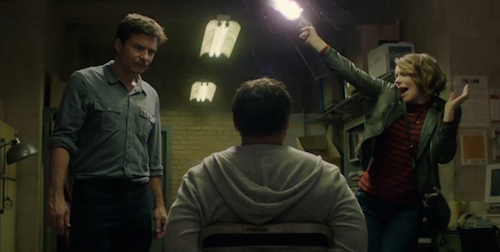 The best black comedies walk a line between being too jokey and too dark. Thankfully, co-directors John Francis Daley and Jonathan Goldstein know when to go for broke in both cases for Game Night. Screenwriter Mark Perez delivers a hilarious alternative to David Fincher’s similar, little-seen masterpiece The Game. Especially with a cast that’s up for anything Daley and Goldstein throw their way.

For Max (Justin Bateman) and Annie (Rachel McAdams) it’s love at first pub quiz. Simultaneously answering a Teletubbies question they are instantly smitten with each other and their competitive natures. After years of happy marriage the two are now trying to start a family. Turns out, Max may be too stressed due to a lifelong sibling rivalry with his brother Brooks (Kyle Chandler). And just wouldn’t you know it, Brooks is coming to town and wants to join them for game night.

But this time, Brooks wants to hold it at the house he’s renting. The trick is Brooks has set up a murder mystery, but doesn’t know that it’s gonna be crashed by a real kidnapping which Max and Annie — along with their pals Ryan (Billy Magnussen), fellow married couple Kevin (Lamorne Morris) and Michelle (Kylie Bunbury), and Ryan’s date Sarah (Sharon Horgan), all think is fake. The kidnappers show up, the game is afoot, and hilarity ensues.

I’m not sure exactly how much of Perez’s Game Night screenplay is intact — there sure seems to be a lot of ad-libbing — but he’s come up with some hilarious jokes. While a lot of this scenario has been played out before, there are some blisteringly funny scenes. One in particular involving a bullet extraction is almost laugh until you cry funny.

There are also plenty of movie references, in-jokes, and a hilarious is-that-really-him cameo. It helps that the cast is spry for shenanigans. Bateman may be playing another version of his snarky funnyman, but he’s super likable here. It probably helps that he’s paired with McAdams who seems to be having the time of her life.

And then there’s Jesse Plemons. Playing the creepy cop neighbor who used to join in on game night until his divorce, giving one of his best performances ever. He’s so funny, he’s already on my shortlist for Best Supporting Actor. Directors Daley and Goldstein may have been divisive after having directed the Ed Helms Vacation reboot, but more than make up for it here.