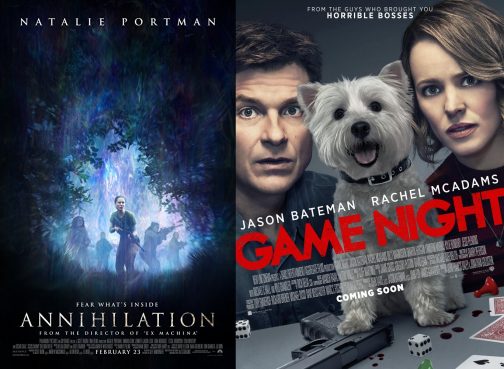 Last weekend was the first of the year where a single weekend contained multiple wide releases that were actually worth checking out. In the massive wake of Black Panther, each is a perfectly worthy form of counter-programming.

Second, there’s the hard science fiction thriller from the filmmaker behind Ex Machina. Annihilation stars Natalie Portman as a biologist who volunteers to enter a quarantined danger zone to study a foreign power that threatens Earth’s humanity.

On Friday, I went on-air with Jon and Justin of Mix 105.1’s Morning Fix show to discuss both films. You can stream the audio of my reviews here.