A mismarketed attempt to look like the next '2001' or 'Interstellar' that merely winds up being a melodrama about daddy issues. Made for Brad Pitt fans only.

Rated PG-13 for some violence and bloody images, and for brief strong language. 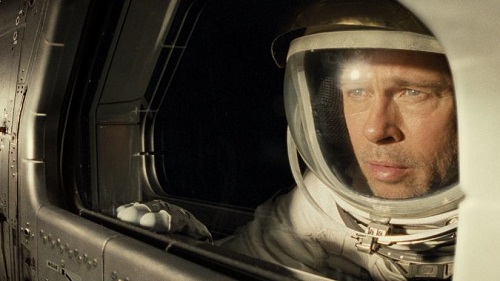 I saw Ad Astra a week ago and have already forgotten about it. This Brad Pitt sci-fi “thriller” has all the ingredients to build hype: Oscar buzz for Pitt’s performance, titillating trailers, and positive word-of-mouth. But sometimes, as good as the ingredients may be, the end product just doesn’t turn out for the best. And aside from the emotionally hypocritical finale, there are some very odd subplots that indicate the original screenplay may have been very different.

In the near future, “The Surge” has been wreaking havoc on Earth causing worldwide devastation and catastrophic loss of life. Turns out, self destructive/compartmentalist astronaut Roy McBride’s (Pitt) father’s “Lima Project” — astronaut Clifford (Tommy Lee Jones) — may be responsible. Now, Roy is on the mission of his life as he heads to Neptune — with some pit stops along the way (read: Mad Max space pirates and raging space monkeys). There he hopes to reunite with his father who went missing 16 years ago, save mankind, and put his daddy issues to rest.

The advertising for Ad Astra is quite misleading. The film itself jumps tones like the Fonz over a shark. It doesn’t help that director James Gray — who also cowrote with Ethan Gross — keeps the film plodding along at a glacial pace. Pitt is always a pleasure to watch, but coming off the heels of his amazing turn in Once Upon a Time… in Hollywood, the Oscar buzz makes me fear it’s going to be another one of those years where the right actor gets nominated for the wrong film.

Rarely exciting, emotionally stunted, but at least occasionally interesting — a separate film centered around those out of place subplots would be most welcome — Ad Astra may feature a few beautifully shot sequences, but it never manages to live up to expectations.