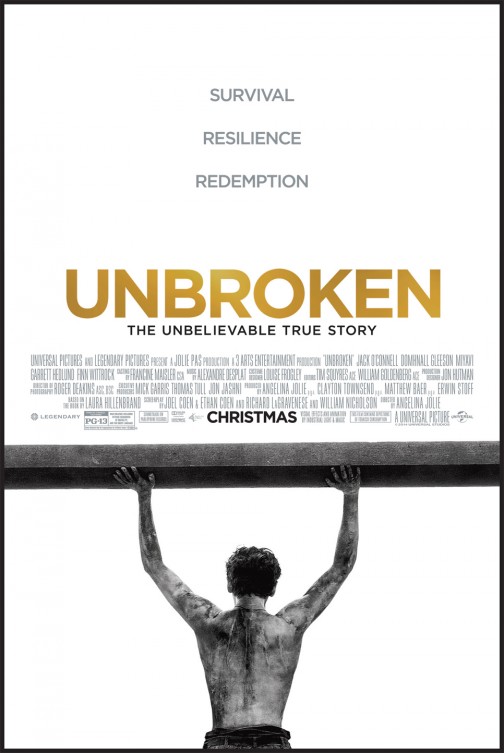 Do you want to see the new inspiring Angelina Jolie-directed film Unbroken before it hits theaters? Click here to enter to win a screening pass for you and a friend to check out an advance screening being held on Wednesday, December 17 at 7PM in Salt Lake City! Seats in the theater are first-come, first-serve so please arrive early. Good luck and we’ll see you there!

Academy Award winner Angelina Jolie directs and produces Unbroken, an epic drama that follows the incredible life of Olympian and war hero Louis “Louie” Zamperini (Jack O’Connell) who, along with two other crewmen, survived in a raft for 47 days after a near-fatal plane crash in WWII — only to be caught by the Japanese Navy and sent to a prisoner-of-war camp. Adapted from Laura Hillenbrand’s (“Seabiscuit: An American Legend”) enormously popular book, Unbroken brings to the big screen Zamperini’s unbelievable and inspiring true story about the resilient power of the human spirit. Academy Award winners Joel and Ethan Coen (No Country for Old Men) rewrote the screenplay from earlier drafts by William Nicholson (Les Misérables) and Richard LaGravenese (HBO’s Behind the Candelabra). Unbroken opens everywhere Christmas Day! UnbrokenFilm.com