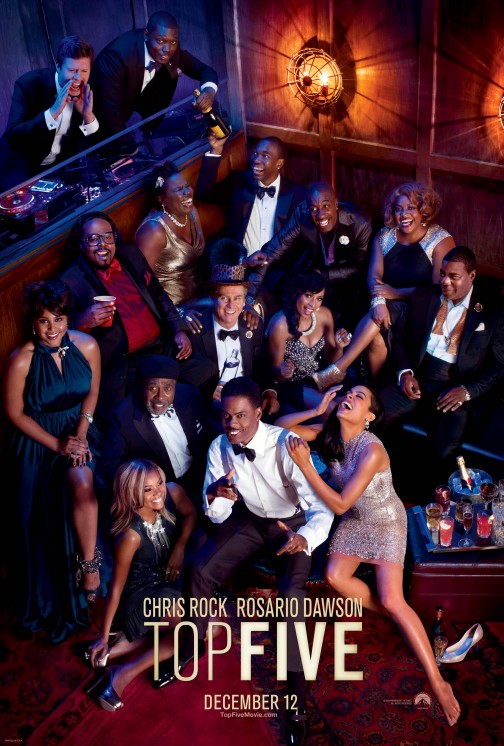 Do you want to see Top Five before it hits theaters? Click here for your chance to download a screening pass for you and a friend to check out an advance screening being held on Tuesday, December 9 at 7PM in Salt Lake City! Seats in the theater are first-come, first-serve so please arrive early! Top Five opens everywhere on December 12. www.topfivemovie.com

Pulsing with the rhythm of his greatest stand-up, Chris Rock’s Top Five takes things to the next level, reveling in the high and the low, and blending a star-studded comedic romp with an irresistible romance. Top Five digs under the surface of show business, politics, rap, and the exigencies of being black and famous today — holding it all up to the light in the way only Chris Rock can. Mingling echoes of Woody Allen and Dick Gregory with the energy of Kanye West and Jay Z, Top Five is an original and radically new kind of American movie.