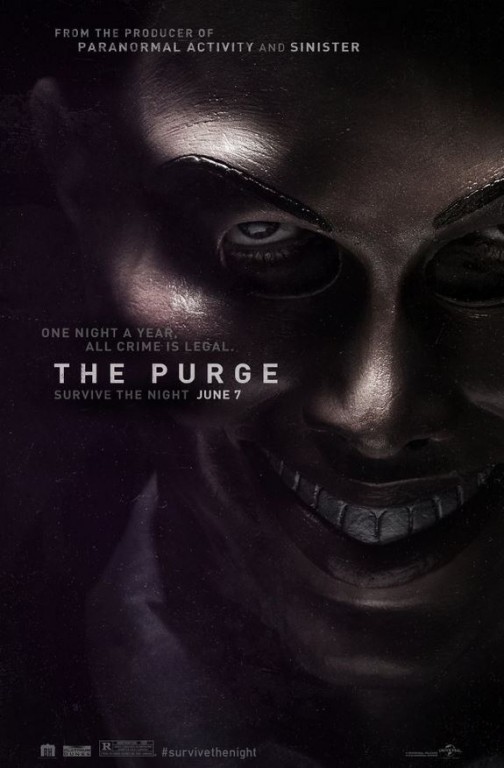 The Reel Place is excited to be giving away passes to see the new thriller THE PURGE. Enter for the chance to win an admit-two pass to the special advance screening taking place on Tuesday, June 4 at 7:30PM in Salt Lake City by texting the word SURVIVE and your zip code to 43549. Example: SURVIVE 80302

Synopsis
If on one night every year, you could commit any crime without facing consequences, what would you do? In THE PURGE, a speculative thriller that follows one family over the course of a single night, four people will be tested to see how far they will go to protect themselves when the vicious outside world breaks into their home.

In an America wracked by crime and overcrowded prisons, the government has sanctioned an annual 12-hour period in which any and all criminal activity—including murder—becomes legal. The police can’t be called. Hospitals suspend help. It’s one night when the citizenry regulates itself without thought of punishment. On this night plagued by violence and an epidemic of crime, one family wrestles with the decision of who they will become when a stranger comes knocking.

When an intruder breaks into James Sandin’s (Ethan Hawke) gated community during the yearly lockdown, he begins a sequence of events that threatens to tear a family apart. Now, it is up to James, his wife, Mary (Lena Headey), and their kids to make it through the night without turning into the monsters from whom they hide.