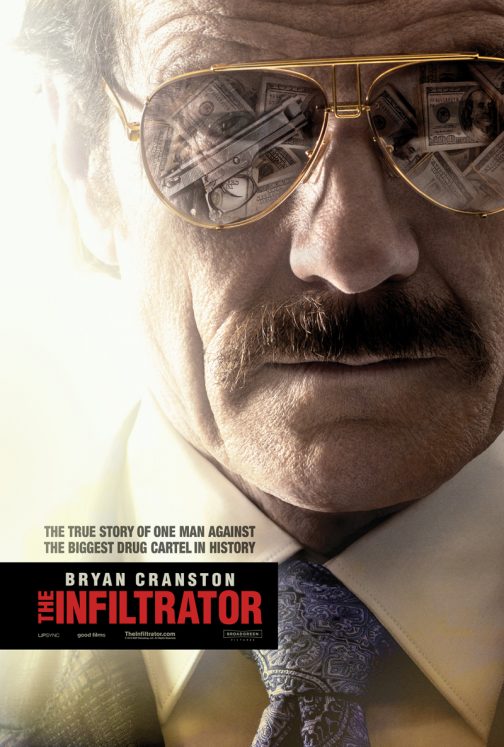 Based on the true story of one man against the biggest drug cartel in history. You and a guest are invited to a special advance screening of The Infiltrator being held on Monday, July 11 at 7PM in Salt Lake City. Click here to download your admit-two pass now! (While supplies last. Passes do not guarantee admission, as the theater is overbooked. Please arrive early to exchange your passes for tickets.) Good luck and we’ll see you there!

Based on a true story, Federal agent Robert “Bob” Mazur (Bryan Cranston) goes deep undercover to infiltrate Pablo Escobar’s drug trafficking scene plaguing the nation in 1986 by posing as slick, money-laundering businessman Bob Musella. Teamed with impulsive and streetwise fellow agent Emir Abreu (John Leguizamo) and rookie agent posing as his fiancé Kathy Ertz (Diane Kruger), Mazur befriends Escobar’s top lieutenant Roberto Alcaino (Benjamin Bratt). Navigating a vicious criminal network in which the slightest slip-up could cost him his life, Mazur risks it all building a case that leads to indictments of 85 drug lords and the corrupt bankers who cleaned their dirty money, along with the collapse of the Bank of Credit and Commerce International, one of the largest money-laundering banks in the world. #TheInfiltrator opens in theaters July 13.