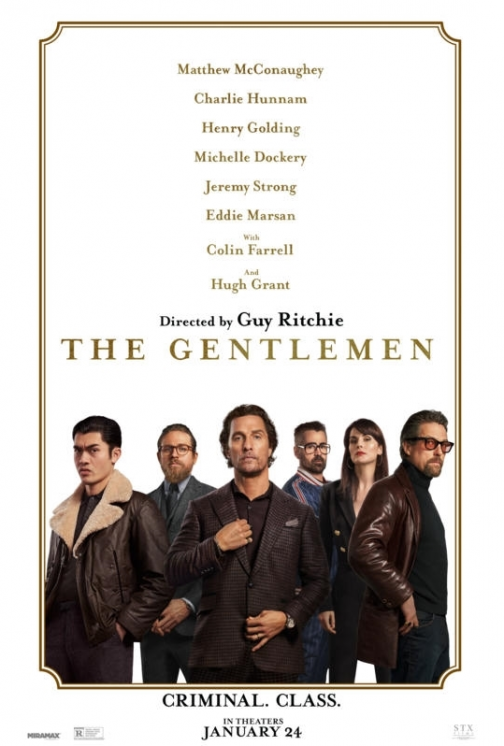 Everyone has a price. It’s time to learn the cost of playing the game. While you could easily see The Gentlemen when it hits theaters January 24, wouldn’t you rather see it for free before then? Click here for your chance to download a printable pass for you and a guest to attend the advance screening being held on Wednesday, January 22 in Salt Lake City! Passes must be exchanged for tickets and the theater is overbooked to ensure it fills, so arrive extra early for ticket exchange and we’ll see you there.

Synopsis: From writer/director Guy Ritchie (Snatch, RockNRolla) comes The Gentlemen, a star-studded sophisticated action-comedy. The Gentlemen follows American expat Mickey Pearson (Matthew McConaughey) who built a highly profitable marijuana empire in London. When word gets out that he’s looking to cash out of the business forever, it triggers plots, schemes, bribery, and blackmail in an attempt to steal his domain out from under him. #TheGentlemen