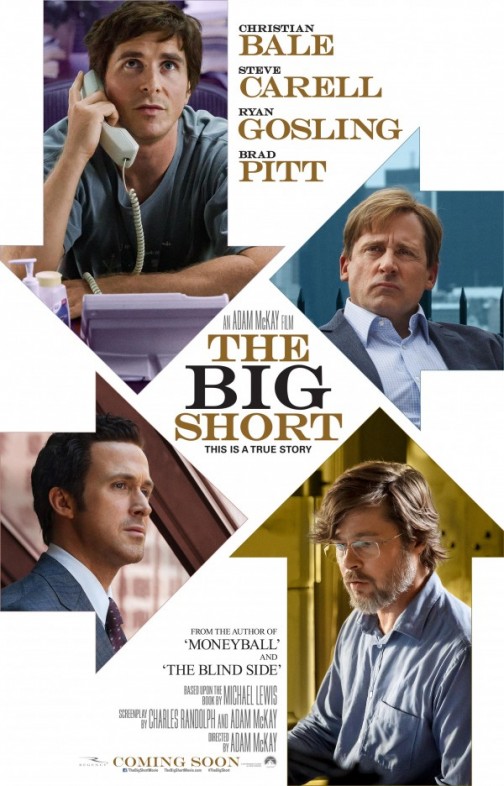 Do you want to see The Big Short before it hits theaters? Click here for your chance to download an admit-two screening pass to check out an advance screening being held on Wednesday, December 16 at 7:00PM in Salt Lake City! Seats in the theater are first-come, first-serve so please arrive early! The Big Short opens everywhere on December 23.

When four outsiders saw what the big banks, media and government refused to, the global collapse of the economy, they had an idea: The Big Short. Their bold investment leads them into the dark underbelly of modern banking where they must question everyone and everything. Based on the true story and best-selling book by Michael Lewis (The Blind Side, Moneyball) and directed by Adam Mckay (Anchorman, Step Brothers), The Big Short stars Christian Bale, Steve Carell, Ryan Gosling and Brad Pitt. http://www.thebigshortmovie.com/