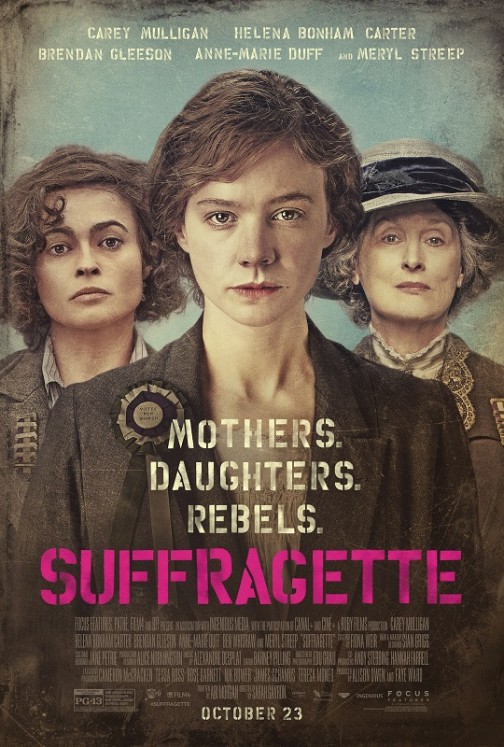 Would you like a chance to check out Focus Features’ newest film before it opens in Salt Lake City – and for free?! Suffragette is in theaters on Friday, November 6, but you could win an admit-two pass to see it at an advance screening being held on Thursday, November 5 at 7PM in Salt Lake City. Simply email your full name to AlliedimSLC@Gmail.com and enter in subject line “SUFFRAGETTE” for your chance to win! Deadline is Thursday morning at 9AM. Winners will be notified at that time. Good luck!

Suffragette is a drama that tracks the story of the foot soldiers of the early feminist movement, women who were forced underground to pursue a dangerous game of cat and mouse with an increasingly brutal State. These women were not primarily from the genteel educated classes, they were working women who had seen peaceful protest achieve nothing. Radicalized and turning to violence as the only route to change, they were willing to lose everything in their fight for equality – their jobs, their homes, their children and their lives. Maud was one such foot soldier. The story of her fight for dignity is as gripping and visceral as any thriller, it is also heart-breaking and inspirational.