'My All American' Advance Screening Passes 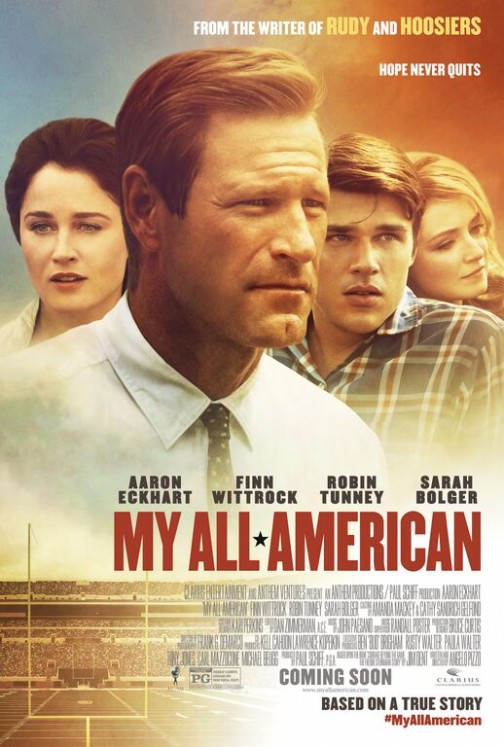 Enter for your chance to win an admit-two pass to see Clarius Entertainment’s My All American, a new film about the life of the legendary football star Freddie Steinmark (Finn Whittrock). The screening will be held on Monday, November 9 at 7PM at a Salt Lake City area theater. Click here to download your complimentary admit-two pass. Be sure to arrive extra early to the screening in order to exchange your pass for assigned seating tickets. Good luck and we’ll see you there!

Synopsis: What Freddie Steinmark wants most in the world is to play football. Deemed too small by the usual athletic standards, his father trains him hard, and Freddie brings a fight to the game that ultimately gets him noticed – by none other than legendary University of Texas coach Darrell Royal. Awarded a scholarship and a chance to play for the Longhorns, Freddie sets off to Austin determined to make the team. Alongside his old teammate Bobby Mitchell and new pal James Street they rise to the occassion, giving the Longhorns a real chance to turn the team around. But just when they’re reveling in the success of the season, Freddie suffers an injury that leads him to a shocking diagnosis and the biggest challenge he will ever face. #MYALLAMERICAN opens everywhere on Friday, November 13!