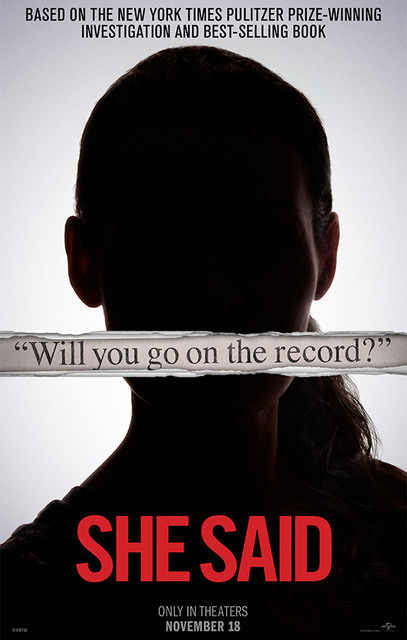 Will you go on the record?

Do you want to see an advance screening of She Said on Tuesday, November 15 at 7pm in Salt Lake City? Click here for your chance to download a pass for two! #SheSaid is in theaters November 18!

Synopsis: Two-time Academy Award® nominee Carey Mulligan (Promising Young Woman, An Education) and Zoe Kazan (The Plot Against America limited series, The Big Sick) star as New York Times reporters Megan Twohey and Jodi Kantor, who together broke one of the most important stories in a generation —- a story that helped propel the #Metoo movement, shattered decades of silence around the subject of sexual assault in Hollywood, and altered American culture forever.