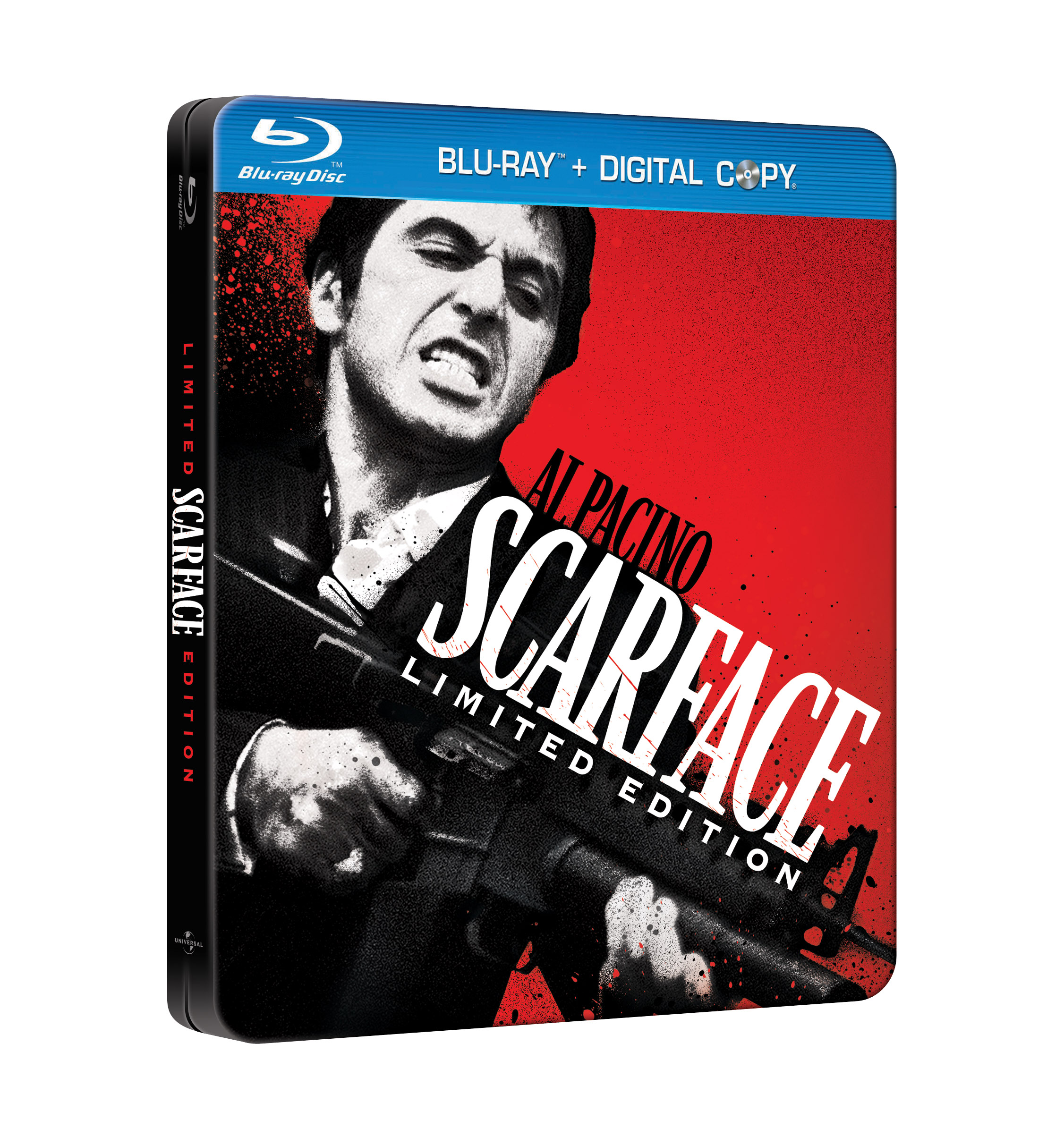 Although the September 6 release of the newly remastered Scarface Blu-ray was announced one week ago, we figured that we would give you some of the little-known facts about one of pop cultures biggest films.

… this is the first time Scarface has been available on Blu-ray?
… the Blu-ray also comes with a digital copy, perfect for iPods, iPhones and iPads?
… it has a newly restored high resolution, high def picture and 7.1 sound?
… there are new special features created solely for the Blu-ray release?
… the steelbook packaging (not to be confused with bulletproof packaging) comes with collectable art cards?
… you can purchase one of 1,000 limited edition special humidor gift sets on sale for $699.99 (originally priced at $999.99)?
… Amazon’s pre-order price of the standard edition is only $24.99?
… there is a national fan art contest where the top 10 fan-favorite pieces will be included in the limited edition Blu-ray packaging and featured on billboards across America? (For information on how to enter the art contest, visit www.facebook.com/scarfacethemovie)