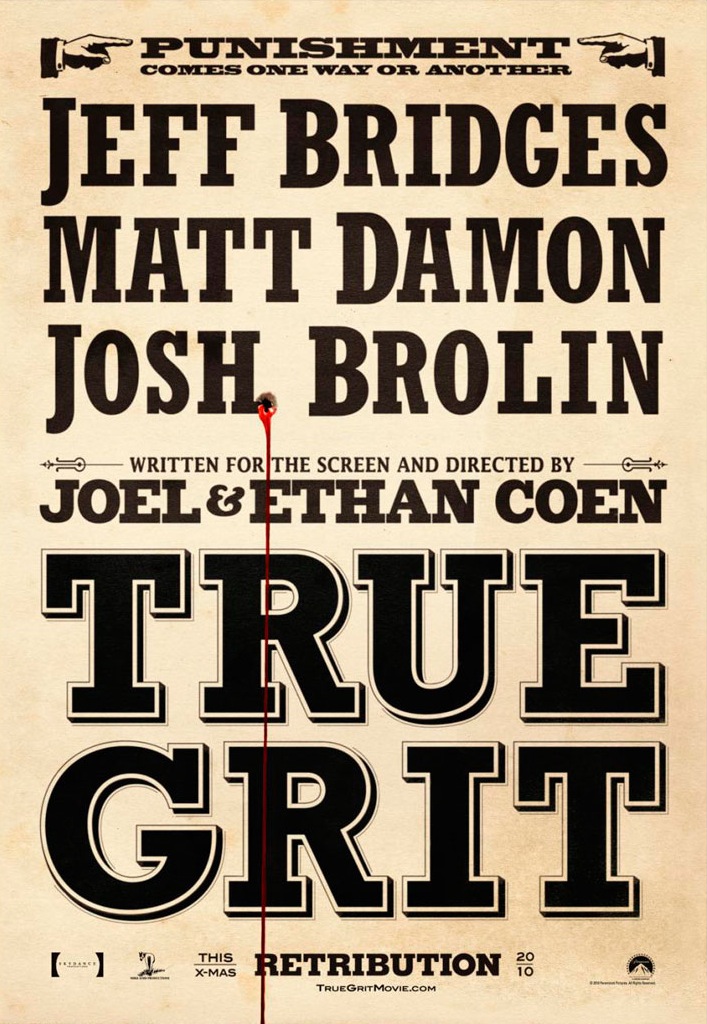 Paramount Pictures and The Reel Place would like to invite you to a
special advance screening of the Coen Brothers’ (No Country for Old Men)
latest film, True Grit. Starring Jeff Bridges (“The Dude” in the Coen’s
The Big Lebowski), Matt Damon (Geronimo: An American Legend) and Josh
Brolin (No Country for Old Men), True Grit is a remake of 1969 John
Wayne film of the same title. True Grit tells the story of a young girl
who employs the help of a one-eyed U.S. Marshall (Bridges) to track down
her father’s killer (Brolin). If you know anything about the Coen’s
films – trust us – this is one screening you will not want to miss out
on.

The advance screening of True Grit will take place at 7PM on Monday,
Dec. 13 in Salt Lake City, Utah. To get your passes, all you have to do
is get seven correct answers or more on our True Grit Trivia. If you
get seven or more correct you will be prompted to a site called Gofobo.
From there, you will need to either log in or register in order to print
off your passes.

Having the printed passes will not ensure admittance into the
screening. You must exchange your passes for assigned seating tickets at
the box office the day of the screening. Seating is limited. The
screening will sell out, so be sure to arrive extra early. Contact the
box office for exact times on when they will be exchanging the passes.

Good luck and we look forward to seeing you there!