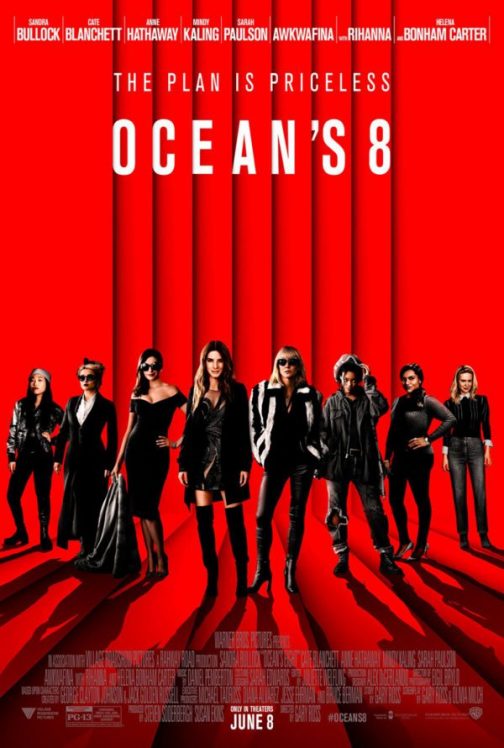 Every con has its pros. You and a guest are invited to a special advance screening of Ocean’s 8 being held on Monday, June 4 at 7pm in Salt Lake City. Click here for the chance to download complimentary passes. (Passes admit up to two, while supplies last. Passes do not guarantee admission as theater is overbooked. We recommend that you arrive extra early for ticket exchange with box office.) We’ll see you there!

Synopsis: Five years, eight months, 12 days … and counting. That’s how long Debbie Ocean (Sandra Bullock) has been devising the biggest heist of her life. She knows what it’s going to take — a team of the best in their field, starting with her partner-in-crime Lou Miller (Cate Blanchett). Together, they recruit a crew of specialists: jeweler Amita (Mindy Kaling); street con Constance (Awkwafina); expert fence Tammy (Sarah Paulson); hacker Nine Ball (Rihanna); and fashion designer Rose (Helena Bonham Carter). The target is a cool $150 million dollars in diamonds — diamonds that will be around the neck of world-famous actress Daphne Kluger (Anne Hathaway), who will be centerstage at the event of the year, the Met Gala. The plan is rock solid, but everything will need to be flawless if the team is going to get in and get away with the ice. All in plain sight. #Oceans8 in theaters June 8.