'News of the World' FandangoNOW Giveaway 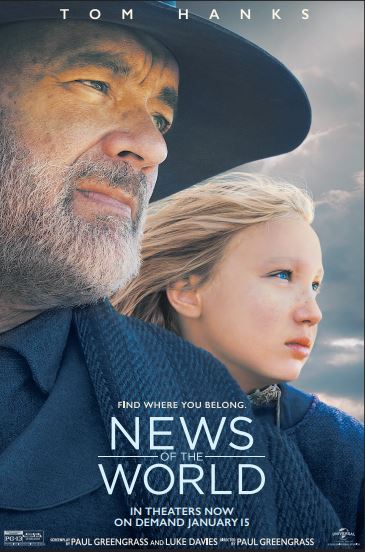 His next adventure will become his greatest story.

Academy Award winner Tom Hanks stars in News of the World, now in theaters and on demand January 15. Click here for your chance to win a FandangoNOW code to watch the film at home! The deadline to enter is Thursday, January 14 and winners will be notified via email on Friday, January 15.

Synopsis: Five years after the end of the Civil War, Captain Jefferson Kyle Kidd (Hanks), a veteran of three wars, now moves from town to town as a non-fiction storyteller, sharing the news of presidents and queens, glorious feuds, devastating catastrophes, and gripping adventures from the far reaches of the globe. On the plains of Texas, he crosses paths with Johanna, a 10-year-old taken in by the Kiowa people six years earlier and raised as one of their own. Johanna, hostile to a world she’s never experienced, is being returned to her biological aunt and uncle against her will. #NewsOfTheWorld