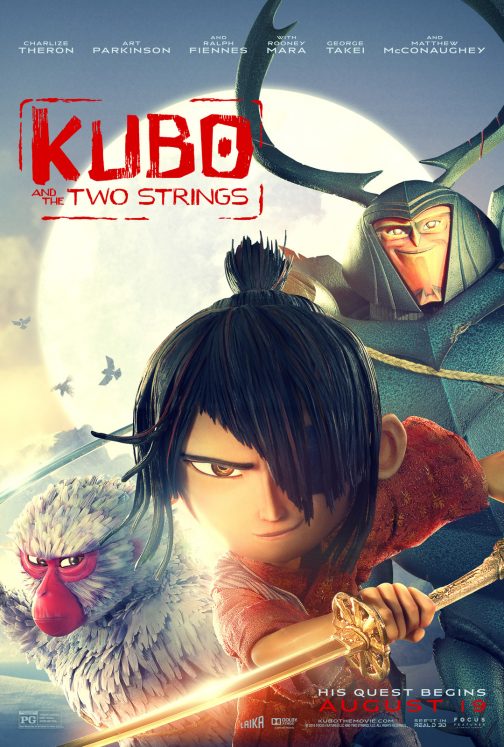 Do you want to see Kubo and the Two Strings, the year’s very best animated pictures, before it hits theaters? Click here for your chance to download an admit-two passes for a special advance screening being held on Tuesday, August 16 at 7PM in Salt Lake City! Seats in the theater are first-come, first-serve so please arrive extra early for ticket exchange. Good luck and we’ll see you there!

Synopsis: Young Kubo’s (Art Parkinson) peaceful existence comes crashing down when he accidentally summons a vengeful spirit from the past. Now on the run, Kubo joins forces with Monkey (Charlize Theron) and Beetle (Matthew McConaughey) to unlock a secret legacy. Armed with a magical instrument, Kubo must battle the Moon King (Ralph Fiennes) and other gods and monsters to save his family and solve the mystery of his fallen father, the greatest samurai warrior the world has ever known. Kubo and the Two Strings opens everywhere on August 19.