Katherine Heigl's Worst of the Worst 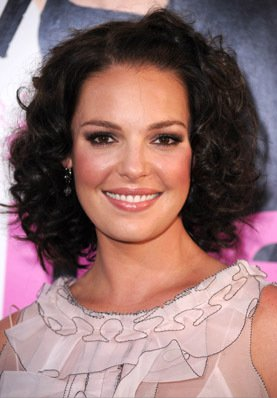 Katherine Heigl is on the way to becoming the female Matthew McConaughey – she is the new pop culture eye candy that plays the same role in every movie (the awkward bitchy girl). Some of her movies work well enough (Knocked Up and The Ringer) and some of them stink, but the majority of them are purely mediocre. This feature is dedicated to those that stink.

Below are the three Heigl movies (in descending order) that deserve to never be seen. 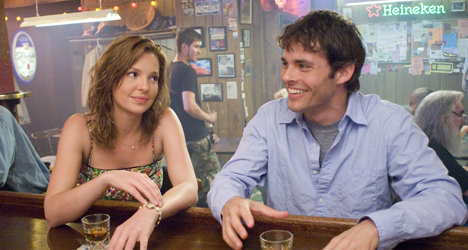 In 27 Dresses, Heigl plays Jane, the attractive thirty-something that is “always a bridesmaid, never a bride.” When her “bridezilla” sister (Malin Akerman, Watchmen) causes her to put on a bridesmaid dress for the 27th time, Jane earns the attention of a local journalist (James Marsden, Enchanted) who decides to write a story about her. Together Heigl and Marsden go through every typical cliche of a romantic comedy.

Even though I deem 27 Dresses as “unwatchable,” Marsden, however, is watchable. Not good enough to fall into my heterosexual “man-crush” list, if he keeps it, he will be. The only memorable scene from 27 Dresses is one in which Marsden and Heigl get a little tipsy while stranded in a bar overnight. For that brief little moment, tangible chemistry exists between the two. Had the movie been more about their growing relationship and not completely centered on her unlikable crazy character, 27 Dresses might have earned good reviews and become absent from this list. But one good scene does not a good movie make. 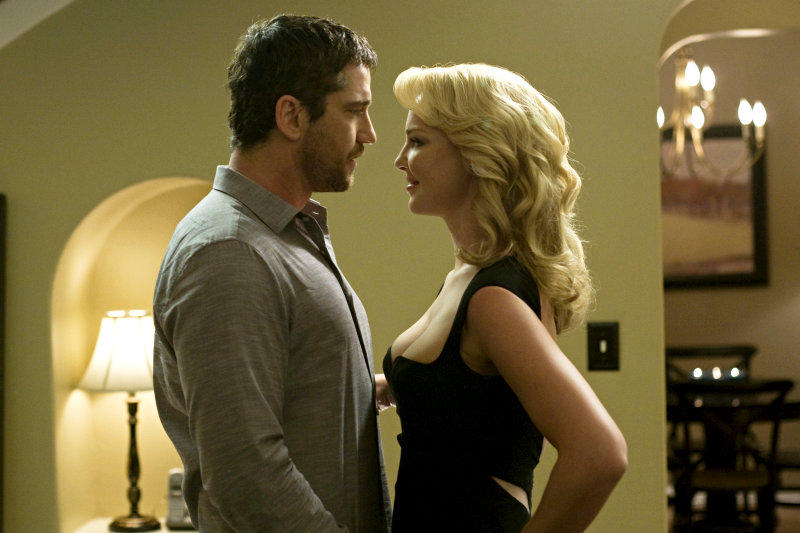 A bitchy independent morning show producer (Heigl) is forced to work with a chauvinist public access TV show host (Gerard Butler, The Bounty Hunter). Although his ideals are degrading and offensive, Heigl somehow gets caught up in his little game. He teaches her to how to bag a good guy, yet when it comes down to it, she picks the bad guy. Odd.

All in all, The Ugly Truth wreaks failure. The jokes fall on their faces. The characters are flat. The dialogue lacks. You never feel like you are watching a movie grounded in our reality. It feels like La-La Land. It is insulting to see a movie like this get made because it implies that the general moviegoing audience is in La-La Land too. 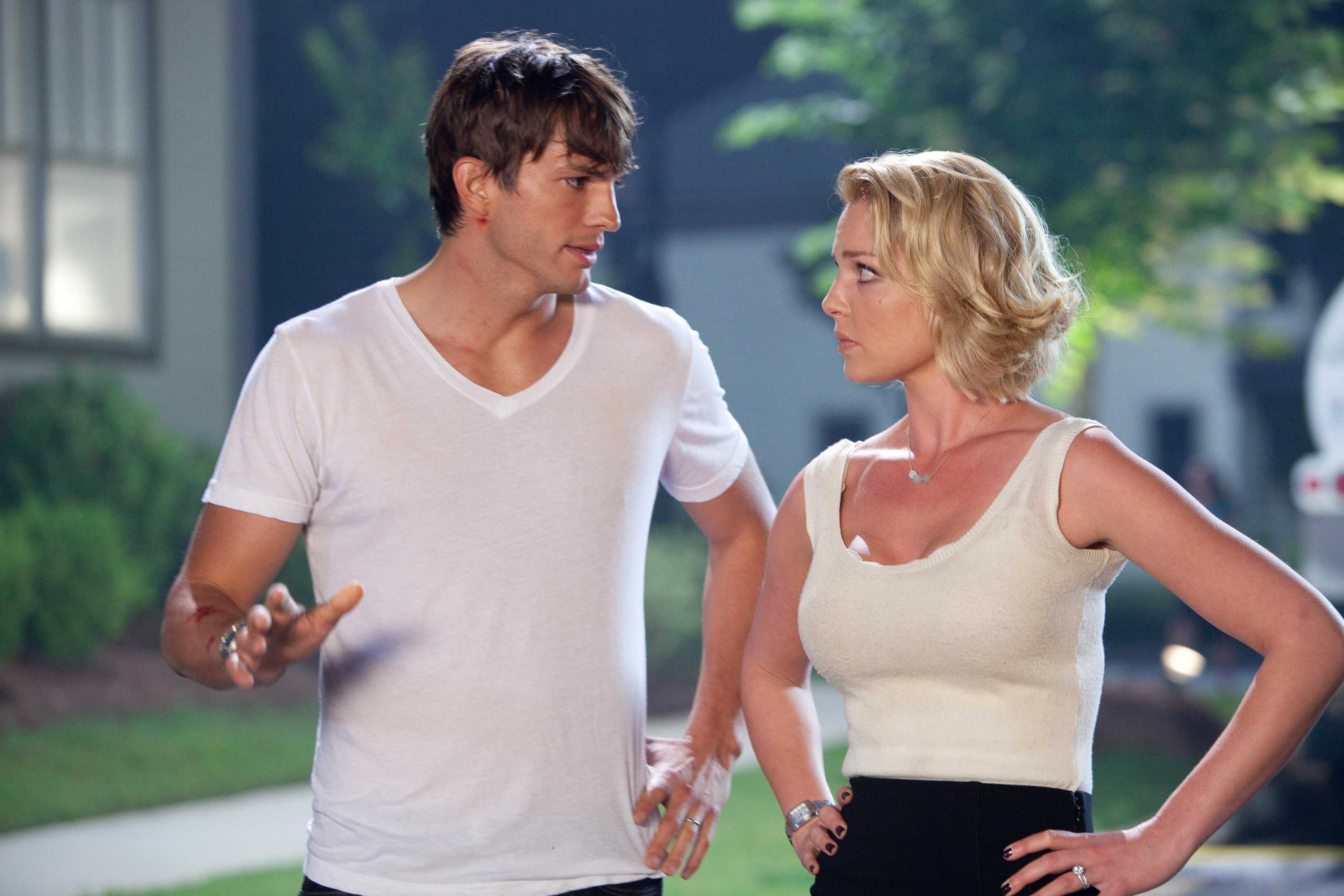 And finally we have Killers making its way to the bottom of the list. Being one of Heigl’s most recent films, I wanted to make sure I saw it before writing this feature. Since it was not screened for press, I had to watch this one at home last night. Ugh. When people find out I review movies, they usually say, “It is so cool that you get to see everything for free before it comes out!” Yes, it is cool. But remember that I have to see everything. Unfortunately, there are more bad movies than good ones. And Killers is one of those that pains me to have to sit through. After seeing it, I now know exactly why it was not screened for press – because it is a terrible movie.

Heigl again plays another awkward and bitchy character that falls in love with and marries a guy (Ashton Kutcher, Valentine’s Day) who secretly used to be a government assassin. Three years into their marriage, someone places a huge bounty on his head and assassins come out of the woodwork to kill him. Imagine True Lies meets Mr. & Mrs. Smith.

Killers lacks so much direction and motivation that when Heigl’s character learns of his past life and the dangerous predicament they find themselves in, she never even reacts. All of sudden she is packing heat and going with it. Halfway through the movie she throws up and gets the idea to take a pregnancy test. Three minutes later, the little pee stick confirms hers hunch and she is full-fledged pregnant – hormonal, weird cravings and every other stereotype in the medical book.

The worst element to Killers is its timing – or lack thereof. Killers takes half an hour to establish their relationship. Another twenty minutes to show us that he is now retired. Ten minutes to get the idea that things aren’t quite right anymore, that danger may be eminent. Fifteen minutes of bad action. Ten minutes of pregnant Heigl. Ten more minutes of action. And a long ten minute conclusion dialogue that hardly offers satisfaction or closure.

Without a doubt, Killers belongs at the very bottom of her credits.

Heigl isn’t terrible – but, through the movies she chooses, she sure is on the road to it. If she doesn’t shape up her career soon and actually pick worthwhile projects, she is going to be the next pigeon-holed has-been that nobody wants to watch anymore – i.e. Matthew McConaughey.