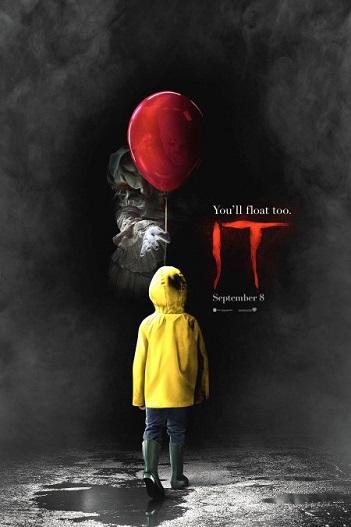 You’ll float too! You and a guest are invited to a special advance screening of It being held in SLC on Tuesday, September 5 at 7PM! Click here to download your complimentary tickets. (Tickets admit up to two, while supplies last. Tickets do not guarantee admission, as the theater is overbooked. Arrive extra early to line up for ticket exchange!) We’ll see you there!

Synopsis: New Line Cinema’s horror thriller It is based on the hugely popular Stephen King novel of the same name, which has been terrifying readers for decades. The film tells the story of seven young outcasts growing up in the township of Derry, Maine who call themselves the Losers’ Club. Each of them has been ostracized for one reason or another; each has a target on his back from the local pack of bullies … and all have seen their inner fears come to life in the form of an ancient shape-shifting predator they can only call “It.” For as long as their town has existed, Derry has been the entity’s hunting ground, emerging from the sewers every 27 years to feed on the terrors of its chosen prey: Derry’s children. Banding together over one horrifying and exhilarating summer, the Losers form a close bond to help them overcome their own fears and stop a killing cycle that began on a rainy day, with a small boy chasing a paper boat as it swept down a storm drain … and into the hands of Pennywise the Clown. #ITMovie in theaters Sept 8!